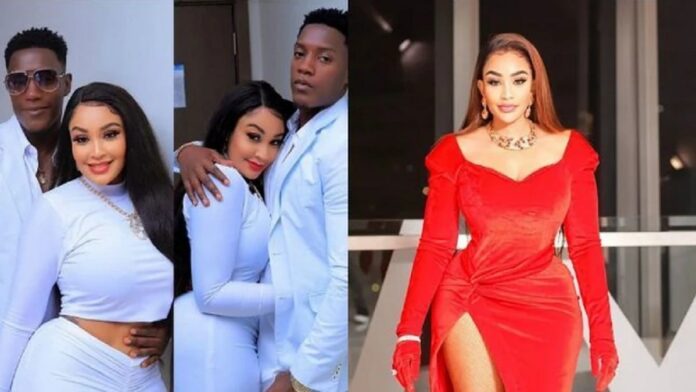 Zari Hassan: Word on social media is that Zari the boss lady and Cameroonian singer Dencia who doubles up as the queen of skin lightening cream – whitenicious are apparently beefing. This is allegedly after Zari stopped endorsing a certain brand promoting skin bleaching products.

From what we’ve learnt is that Zari decided to call it quits since the brand was not in alignment with Zari’s brand. However having her back out – the boss lady was expected to refund the money they they had already paid which her manager says is impossible.

Seeing that they wanted more….word has it that they may started sending threats in that they would ruin her reputation hence Dencia coming in with the beef.

If you know Dencia – then I’m sure you know she sells whitening products which she had earlier tried getting Zari to promote; but unfortunately the boss lady declined which now explains why Dencia has been attacking Zari on social media for being fake.

You see…Zari refused to endorse Dencia’s products saying she does not promote bleaching; but later chose to push same products but from a different company. Something Dencia says is double standards.

With that, the two have since been attacking each other on social media with Dencia calling Zari fake; and a thief who robbed a skin lightning company zartheir money by not doing what was expected of her. And in response Zari said; 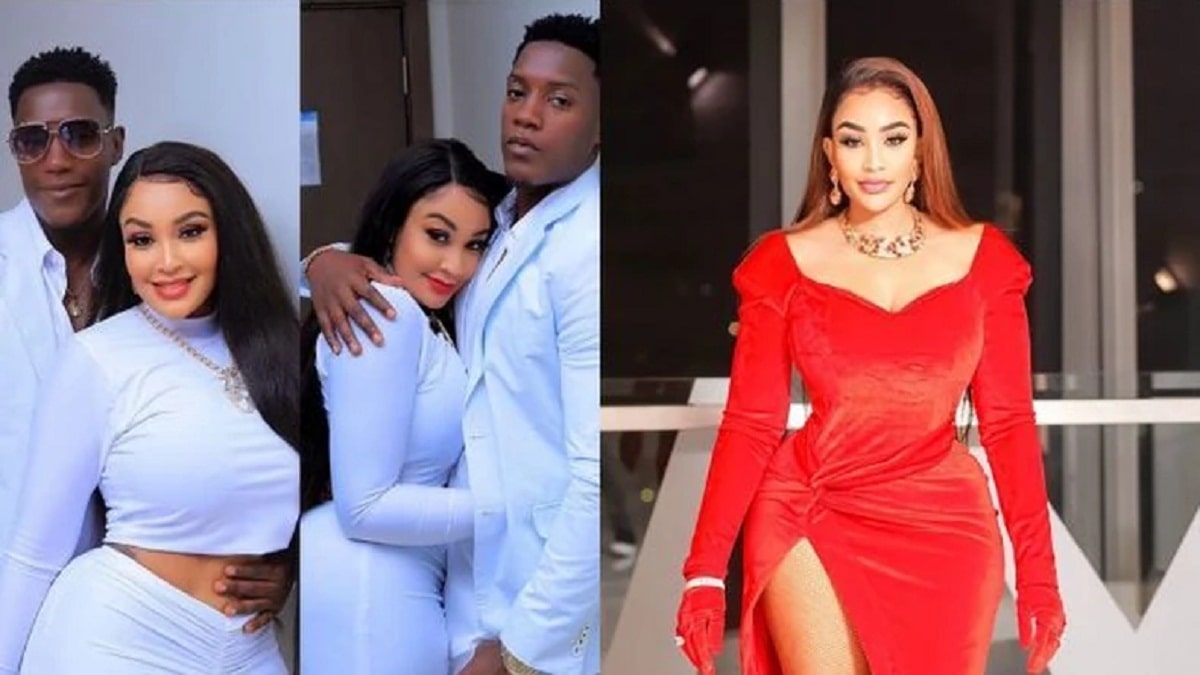 Not quite sure why they’re all picking on each other dragging kids into the mess, but all I know is that someone is definitely benefiting by making new money from this beef.

Businesswoman Zari Hassan has hooked up with another Ben10 boyfriend, just weeks after breaking up with her other young lover GK Choppa.

Last week, Zari Hassan landed in Kenya for annual All White Party and several business deals in perfect blend of business and pleasure.

In all the photos and videos captured from her three-day visit to Kenya, her new boyfriend could hardly leave her side.

They were always holding hands at any given point they happen to be close to each other.

Zari and her new boyfriend were first spotted together during her recent visit to Tanzania – where she was seen grinding on her new lover at the launch of Juma Jux’s music video.

In April Zari deleted all the photos and videos she had taken with GK Choppa an indication their relationship had ended and now she has a new catch.

The two (GK Choppa and Zari) went public with their affair on Valentine’s Day, 2022. They were seen on a shopping spree and they could barely keep their hands off each other.

Choppa was pampering Zari with sweet words as he shared their romantic moments on Instagram but the relationship is no longer there. Choppa is a Ugandan businessman based in South Africa as well.

In 2021, Zari featured on the list of celebrities who broke up with their lovers, after going separate ways with the man she was dating then, under unclear circumstances.

The Brooklyn City College CEO had used February 14, 2021 (Valentine’s Day) to unveil the face of her then-new lover ‘Dark Stallion’. It was the first time netizens were having a clear look at Zari’s ‘Dark Stallion’ as all the previous photos had been captured strategically to hide his face.

Months later, the two went separate ways and Zari had to pull down all the pictures she had taken with Dark Stallion.