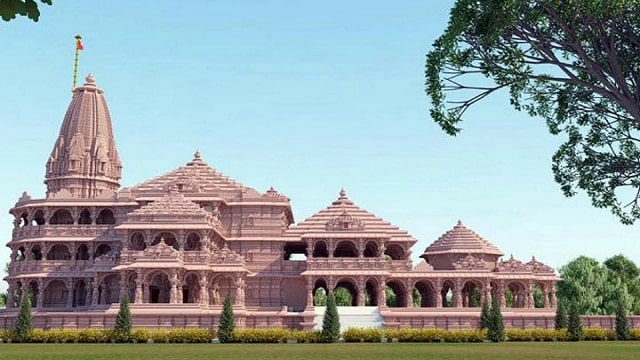 Gorakhpur: Gorakhpur Peeth of Gorakhpur has donated 1.01 crore rupees for the construction of Ram temple in Ayodhya. Champat Rai, general secretary of Shri Ram Janmabhoomi Tirthakshetra Trust, visited Gorakhnath temple on Wednesday and received a check of 1 crore one lakh from Chief Minister Yogi Adityanath, who is also the Peetadheeshwar of Goraksha Peeth.

This amount includes 51 lakh rupees from Devipatan temple and 50 lakh rupees from Gorakhnath temple. Many industrialists of Gorakhpur have also donated about 5 crore rupees for the construction of the temple. Champat Rai said that Mahant Digvijaynath and Mahant Avaidyanath of Goraksha Peeth had played a very active role in the temple movement.

The Chief Minister said that in the coming days, Ayodhya will not only be the biggest pilgrimage center of the country, but will also emerge as the most attractive tourist place.