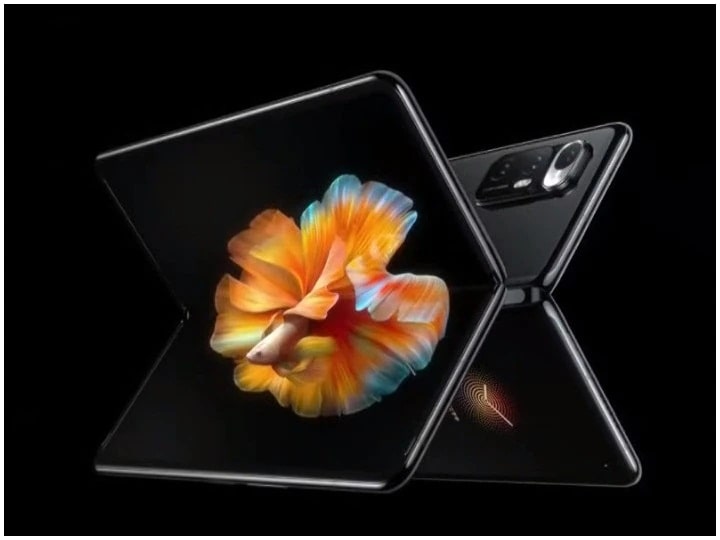 After a long wait, Xiaomi has finally launched its first foldable smartphone Mi MIX Fold. However, it has just been launched in China. The company has used innovative camera in the phone, Xiaomi has named it a liquid lens. In addition, in addition to the flagship chipset in the Mi MIX Fold smartphone, quality speakers have also been provided. Not only this, the phone is equipped with a strong Qualcomm Snapdragon 888 processor. Let’s know the specifications and price of the phone.

Xiaomi Mi MIX Fold Specifications
Xiaomi Mi MIX Fold has an 8.01-inch QHD Plus display. After folding, the screen of the phone becomes 6.52 inches. The company has also used desktop mode with recyclable Windows in this smartphone. Which can be activated by swiping with three fingers. After which the video can be enjoyed well in the phone. You can also use this phone like a tablet. This phone works on Android 11 operating system. The phone is equipped with Qualcomm Snapdragon 888 processor.

Excellent camera setup
Xiaomi has claimed that the Mi MIX Fold is the first smartphone in the world to use a liquid lens camera setup. In this, users have been given innovative camera features. The phone also has an 8MP telephoto camera, which is named Liquid Lens. It helps in changing the shape and also adjusts the camera from 3x to 30x optical magnification. The phone has a 108-megapixel primary camera, a 13-megapixel ultra wide angle camera and an 8-megapixel macro lens. For power, the phone has a 5020mAh and 2,460mAh battery.

The Samsung W21 5G will compete with the
Xiaomi Mi MIX Fold to compete with the Samsung W21 5G. This phone has two SIM card options, in which there is an e-SIM option. The phone has a 7.6 inch Full HD Plus display with a refresh rate of 120Hz. After the folding of the phone, you will get a 6.2-inch Super Amoled Infinity Flex Display. Qualcomm’s Octacore Snapdragon 865+ processor will be available in the phone, with 12 GB RAM and 128 GB of storage. There is also an option to increase storage from memory card.

Triple rear camera setup will be available in the camera phone, in which the main camera is 12 megapixels. You will also get optical image stabilization. The second lens is 12 megapixels ultra wide and the third lens is a 12 megapixel telephoto lens. 4K video and slow motion video can be recorded at 960fps in the phone. This phone has a great 10 megapixel camera for selfie.