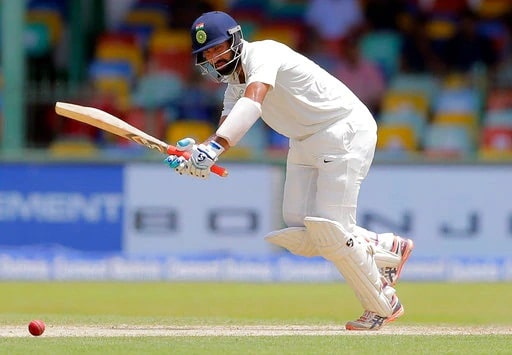 Melbourne: Australian fast bowler Pat Cummins called Cheteshwar Pujara a ‘wall’ and said that he had targeted Pujara’s wicket when Indian captain Virat Kohli returned to India after the first Test. Kohli did not play the last three Tests on Australia tour. Cummins said that Pujara proved decisive in that series with his unswerving batting.

India series 2. Won by 1
Cummins told ESPN Cricinfo’s The Cricket Monthly, “I think Pujara was a brick wall. Pujara was a big wicket for me after Virat’s departure. “He proved to be the decider in the series two years ago.” He was their wall in the middle order. I also played that series and I knew it.

Cummins said, “He played a decisive role in the draw in Sydney and then in the victory over Gaba. He left his mark well in the series. “Pujara and Cummins faced the series’ charm. Cummins dismissed Pujara in five of eight innings. Pujara scored 271 runs facing his 928 balls.

Cummins said, “After the first two matches, I felt that Pujara would try to put pressure on the bowlers by making some changes in his style but he did something else. His thinking was that he knows his game well and will stay at the crease, himself will be scored. He was determined to face the tough spell. ”

He said it is a tough challenge for a bowler to bowl to Pujara as he is not afraid of anyone.” Pujara, having faced all the blows of Australia’s fast attack in the last Test in Brisbane, laid the foundation for India’s historic victory by scoring 56 runs in 211 balls.