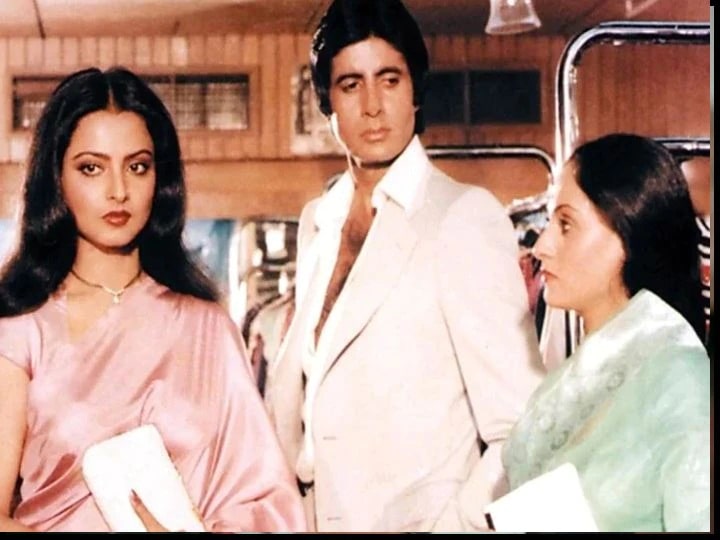 Every year in the Bollywood world, many couples are formed not only in reel life but also in real life, some of which go on till the end. At the same time, whenever the love stories are mentioned, the name of a pair definitely comes up and that is the pair of Rekha (Rekha) and Amitabh Bachchan (Amitabh Bachchan). Even though the two are not together, even today, Rekha-Amitabh’s name is often taken together. However, Amitabh never talked about his and Rekha’s relationships and Rekha on the other hand never hid about it.

In the 80s, as much discussion in the Bollywood corridors as it did about Rekha and Amitabh, there was hardly any other pair. Both of them last worked in the film ‘Silsila’, in addition to Amitabh Bachchan and Rekha, Jaya Bachchan was also in an important role. Yash Chopra’s film featured this love triangle beautifully. Regarding the marriage of Amitabh and Jaya, Rekha once said in her interview – ‘I always considered Jaya very simple person. I have always considered him my sister. Often she used to give me advice. Later it was found out that she wanted to impress me. Even after we lived in the same building, they did not invite me to their wedding.

On one hand, Rekha always showed her love in front of the media, but Jaya always handled the news in the news about Amitabh and Rekha’s relationship wisely. Jaya had said in an interview without naming Rekha – ‘It is human nature to give feedback on things, but should react for both right and wrong. You are unhappy, you are unhappy, if you are happy then only you are happy and these two things happen.