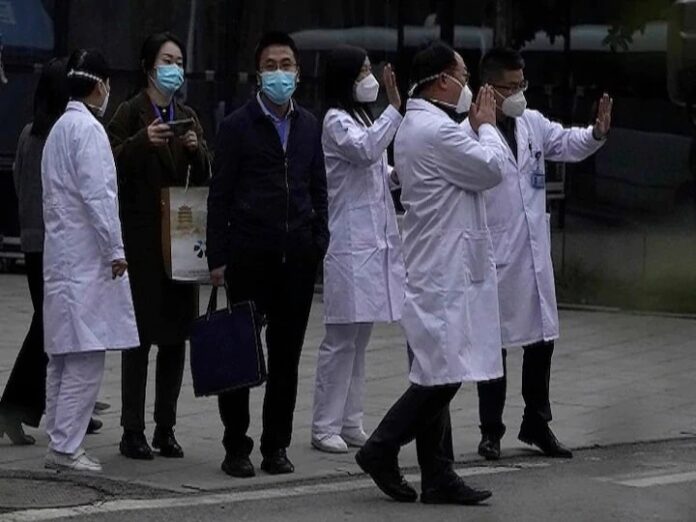 A team of international experts from the World Health Organization (WHO) visited an animal disease center in Wuhan, China on Tuesday as part of its investigation into the origin of the corona virus epidemic. “Excellent facilities, very informative meeting”, said Peter Daszak, a team member and zoologist of the Ecology Alliance.

He also tweeted that he also met the staff in charge of livestock health in Hubei province, visited the laboratories and held extensive discussions along with questions and answers. Wuhan is the capital of Hubei. No more details about the trip have been announced, which is a very controlled journey. The media only saw the team leaving the hotel and visiting the sites.

The team members were equipped with protective equipment during their tour of Tuesday. However, it is not clear whether he wore these protective devices during his visits to research institutes, hospitals and markets in the past. Foreign Ministry spokesman Wang Wenbin said that the Chinese government has provided significant assistance to the WHO team. He responded in response to criticism that China has not disclosed much about what researchers are being allowed to do.

He said, “Chinese experts have shared a lot of information and research results with the WHO team and several rounds of intense exchanges took place on scientific issues of general concern.”