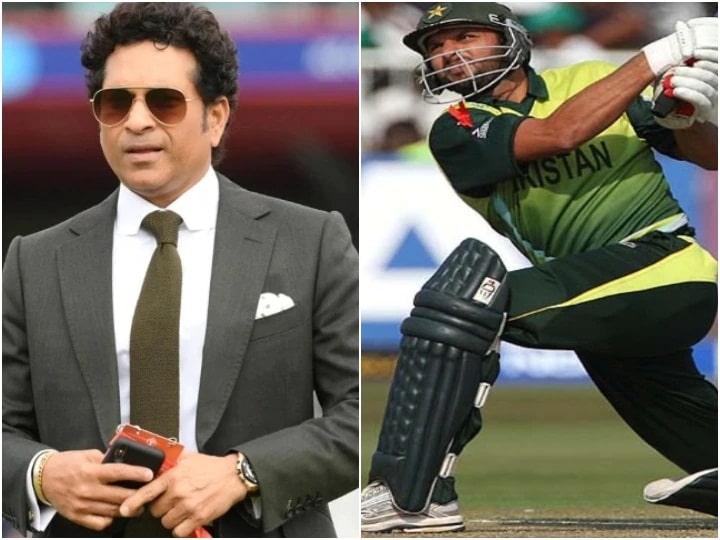 Former Pakistan captain Shahid Afridi scored a century in just 37 balls against Sri Lanka in 1996 in his second match. It was the fastest century of ODI cricket at that time. Afdiri had scored 104 runs in 40 balls in that match. But the funny thing was that the bat with which he did this feat belonged to Sachin Tendulkar.

Actually, the bat with which Shahid Afridi played a stormy innings of 104 runs in 40 balls. The bat was given by Sachin Tendulkar as a gift to former Pakistan fast bowler Waqar Younis. Waqar Younis gave that bat to batting Afridi and Afridi hit the fastest century of ODI cricket at that time with the same bat. Afridi’s former Pakistani teammate Azhar Mahmood narrated this story and claimed that only after that Afridi became a power hitter from a bowler.

Afridi has a world record for 18 years

Significantly, in 1996, Afridi’s record for the fastest century made in ODIs was in his name for 18 years. In 2014, New Zealand all-rounder Corey Anderson broke his record against West Indies by scoring a century in 36 balls. However, in his very next year, 2015, South African star batsman AB de Villiers took this record to his name by scoring a century in just 31 balls. Even today, the record of scoring the fastest century in ODIs is in the name of de Villiers.