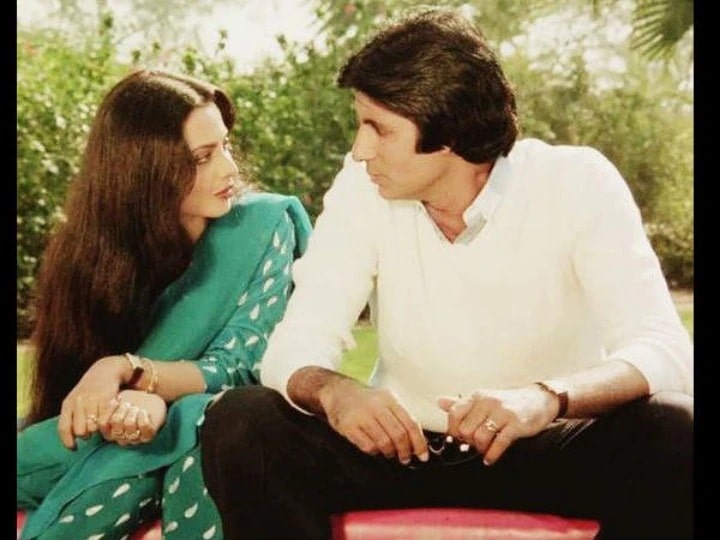 Bollywood megastar Amitabh Bachchan and Evergreen actress Rekha worked for the last time in the film ‘Silsila’. This film could not show anything special at the box office, but after the release of this film, there was a lot of chaos. Actually, upon seeing this film, it seemed that it was based on the love triangle of Amitabh, Rekha and Jaya.

However, Rekha and Amitabh never appeared on the big screen together after the film ‘Silsila’. Despite this, the stories related to them are still heard and told today. Once in Simi Grewal’s show, Rekha herself confessed that she had not seen a personality like Amitabh in her whole life. She was impressed when she saw Amitabh and got into thinking that how can a man have so many qualities.

In Simi’s show Rekha also said that she is Amitabh’s senior in the industry. However, Rekha was also nervous to stand in front of Amitabh in the film ‘Do Anjaane’. According to Rekha, Amitabh’s film ‘Deewar’ was released before the shoot of ‘Do Anjaane’. The film was a superduper hit and made Amitabh a big star of the industry overnight, due to which she was a bit nervous.