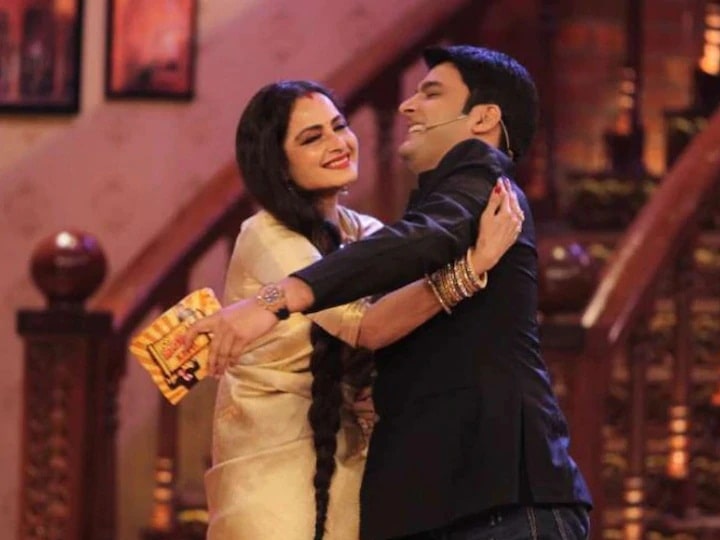 Bollywood’s evergreen actress Rekha will soon be seen in a special episode of ‘Indian Idol 12’. Many promos of this show are becoming fiercely viral on social media. In the promo, Rekha is seen dancing to songs filmed on her and sometimes shedding tears. By the way, Rekha gives very little public appearance or becomes a part of a show.

The last time she came into the discussion was when she became a part of the famous comedy show ‘The Kapil Sharma Show’. Rekha who arrived in this show showed tremendous style, whose videos also became very viral. When the show’s host Kapil Sharma asked Rekha why you don’t appear in a show, Rekha gave him an answer that made everyone laugh. Hearing Rekha told Kapil, ‘If there is something to show I will show ‘.When Rekha gave a funny answer to Kapil Sharma, he said, ‘If there is something to show, then I will show it.
After this, Kapil had asked Rekha, “Ma’am, if a man wants to befriend you and you don’t want to do this, what do you do to ignore him?” On hearing this question of Kapil, Rekha was laughing and she said, what are you asking these questions for yourself because it has never happened to me. Shared which was seen by more than 35 lakh people.