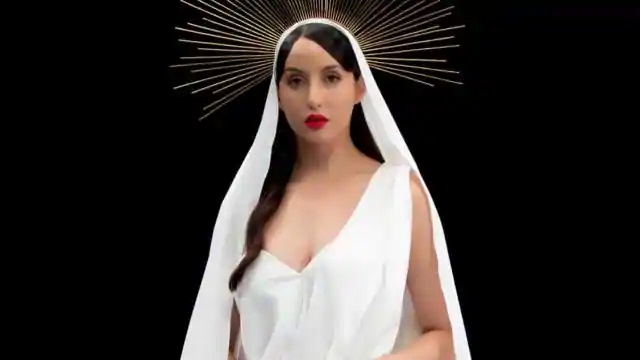 What shall we say about Nora Fatehi’s dance. Whenever she comes on stage, she really sets her on fire. Looking at Nora, it seems that dance is her life and she really lives for dance. At the same time, the craziness of the dance was that once Nora started dancing to her superhit song Saki Saki in a sari and upon seeing them, not only the eyes of the people were also open.

Dance with contestants in reality show

Had judged India Best Dancer for some time. She was seen for a short time but within a few days she became a favorite of the contestants. Nora was often seen dancing on stage during this show, but the extent was reached when Nora agreed to come on stage to dance to a song like Saki Saki in a sari. Then everyone present on the set thought that Nora would return to her place after a normal dance due to the sari. But the opposite of what happened. When Nora started dancing, everyone just kept looking at them a tuck.

As soon as Nora made her first step with the beat, people were shocked. Nora gave such a life in the song that the choreographers were left staring at Geeta and Terence Lewis. They also blinked without eyelids. Nora did all those difficult steps in a sari in a very brilliant and lively manner. Even Nora did the hook step of Saki Saki in the sari itself. Although Nora is such a great dancer, everyone knows that but it is not an easy thing to dance like this in a sari. At the same time, it seems that it is not at all difficult for Nora to dance in any situation.