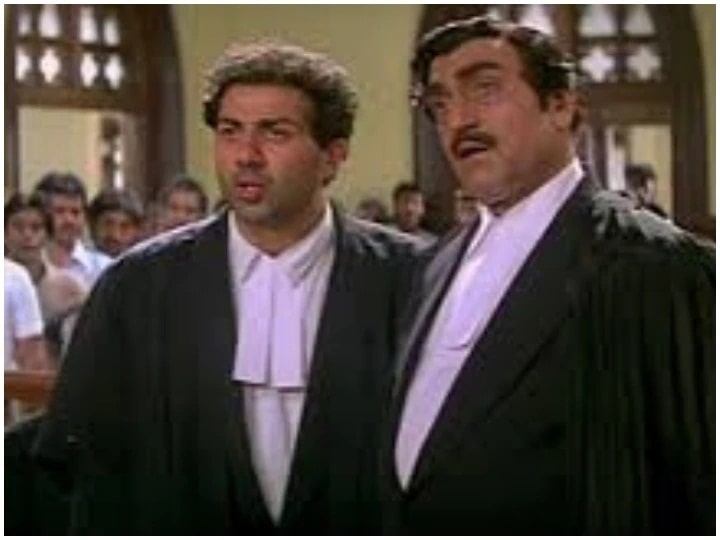 Sunny Deol , Meenakshi Seshadri and Rishi Kapoor starrer Damini, who will not remember the film. The film, the story of the film, the songs of the film and the cast of the film were so tremendous that even today its dialogues are also used in common parlance. Do not know how many scenes of this film are still memorable. We are going to tell you about one of those scenes. This scene is from the court room, in which Sunny stopped speaking of lawyer Chadha.

You must know the story of the film. A girl working at home is raped. Damini i.e. Meenakshi Seshadri makes up her mind to go to court against her daughter-in-law accused Dewar. Despite the opposition of the family, she supports the truth. But to win the case in court, Chadha (Amrish Puri) tries to question Damini’s character. Then Sunny Deol answers that lawyer Chadha forgets to jerk his neck. If you are among those who have not seen this film yet or prefer to watch the scenes of this film, then you can see this most live scene of this film here.

This film will be 28 years released next month. This film was released in 1993. Crime drama Sunny Deol played the role of a lawyer in this film and he was in a supporting role. The film was a huge hit and it became the sixth highest grossing film that year. The special thing was that Sunny Deol also received the National Award for Best Supporting Actor. Apart from this, four Filmfare Awards went to this film.