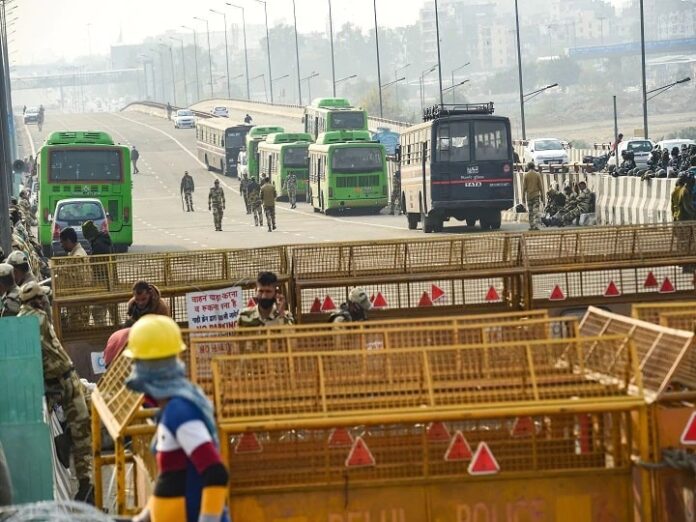 New Delhi : Today there is a ‘chakka jam’ across the country in protest against agricultural laws. Except Delhi, UP and Uttarakhand, farmers will jam on highways all over the country. Farmers have claimed to sit on all the borders in a peaceful manner by closing the national and state highways of the country. United Kisan Morcha has issued some important guidelines regarding Chakka Jam.

According to the guidelines, national and state highways across the country will be jammed from 12 noon to 3 pm, but emergency and essential services such as ambulances, school buses etc. will not be stopped during this time. Chakka jam will remain completely peaceful and non-violent.

The protesters have been instructed not to engage in any confrontation with any officer, employee or common citizen during the event. There will be no flywheel jam program inside the Delhi border, as all the protest sites are already in ‘flywheel jam mode’. All roads will be open to enter Delhi, except those, where there are already strong front lines of farmers. The Chakka Jam program will be concluded by playing the horn for 3 to 1 minute, indicating the unity of the farmers.

The difference between the words and actions of the farmer leaders
has been assured by the agitating farmers that the proposed ‘Chakka Jam’ will not be done in Delhi. But the statements of the peasant leaders cannot be trusted. In view of the violence during the tractor rally on 26 January, the police have made strict security arrangements as a precaution.

Delhi Police PRO Chinmay Biswal said, “Though we have come to know that there is no plan to block the farmers in the capital, but in view of the failure of the agreement on 26 January, we are not willing to take any chance. Has made elaborate arrangements in the border areas. ”