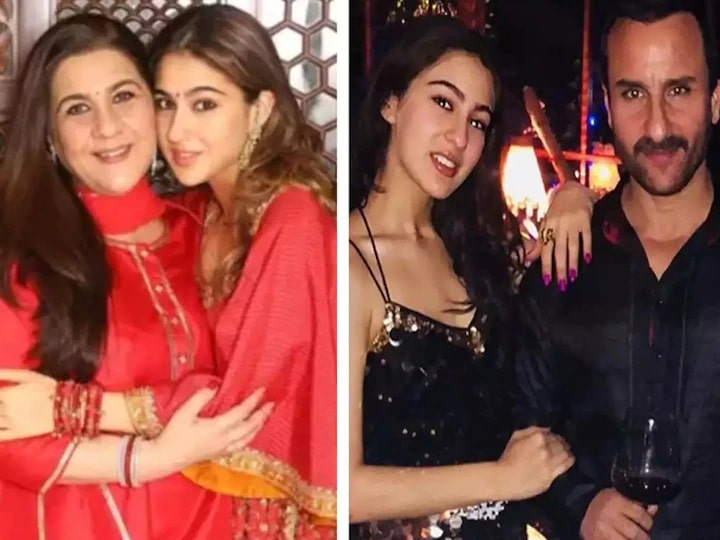 Saif Ali Khan is an actor who has been in the limelight due to his professional life as well as personal life. The story of Saif’s first marriage is also quite interesting. He married Amrita Singh, 12 years older than himself, without informing the family. He was 20 years old at the time of marriage. This marriage did not last and both of them got divorced after 13 years.

What do daughter Sara Ali Khan think about Saif-Amrita’s divorce, said this herself

During the marriage, both of them became parents to two children (Sara Ali Khan and Ibrahim Ali Khan). Sara has now become a Bollywood actress. In an interview, when he was asked, did you ever ask your mother Amrita why she married Saif? Sara had said, ‘Yes, I asked him and said, when you were 26 years old, Saif used to have children, then how did you marry him, but then I thought how would I have been born if there was no love between them? Would have been.

What do daughter Sara Ali Khan think about Saif-Amrita’s divorce, said this herself

Sara further said that what kind of work is a house in which people are not happy. My parents are excellent personalities as different human beings. The two could never be happy by staying together and if they knew this, then there is nothing wrong in it that they separated. Let us tell you that Saif married Kareena Kapoor in 2012 after her divorce with Amrita. Sara also took part in this marriage. Her mother Amrita Singh herself had prepared all to participate in the wedding.