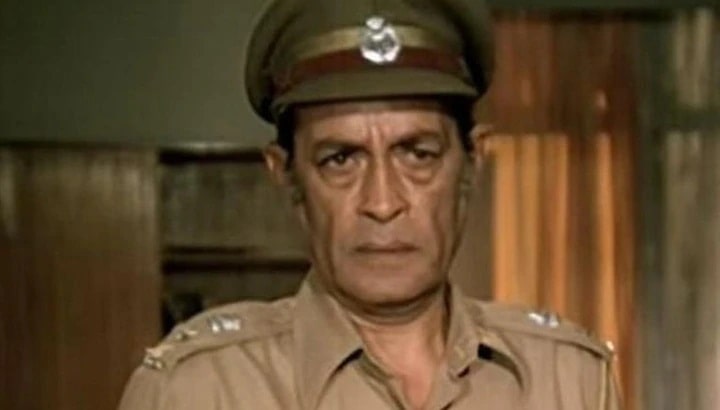 Iftekhar was a very educated man. Born in Jalandhar, Iftekhar’s childhood was spent in Kanpur. After completing his schooling, he went to do a diploma in painting in Lucknow. He was also very fond of painting as well as singing. To fulfill this hobby, he met the famous musician Kamal Das Gupta in Calcutta.

At that time, Iftekhar was 20 years old. When Kamal Das Gupta heard his song, he liked it very much and made an album of 2 songs with him. Now the dilemma was, what to do and what not, because after the release of the album, Kamal Das Gupta gave Iftekhar’s name for the film ‘Takrar’, which he also confessed. After this film, Iftekhar acted as a hero in many more films. In 1942, he had another superhit film called ‘Jawab’.

Then came the partition time, in which his entire family moved to Pakistan. Iftekhar came to Mumbai in search of work, where he met Ashok Kumar and his new phase started from here. Between 1950 and 1960, Iftekhar acted in about 70 films.

In 1969, it was Ashok Kumar who met Iftekhar with BR Chopra, who gave him a chance to work in the film ‘Ittefaq’. In this film, he played the role of a policeman. After this film, the police uniform clung to him such that in almost every film he started getting the character of the police, which he used to be quite happy to play.