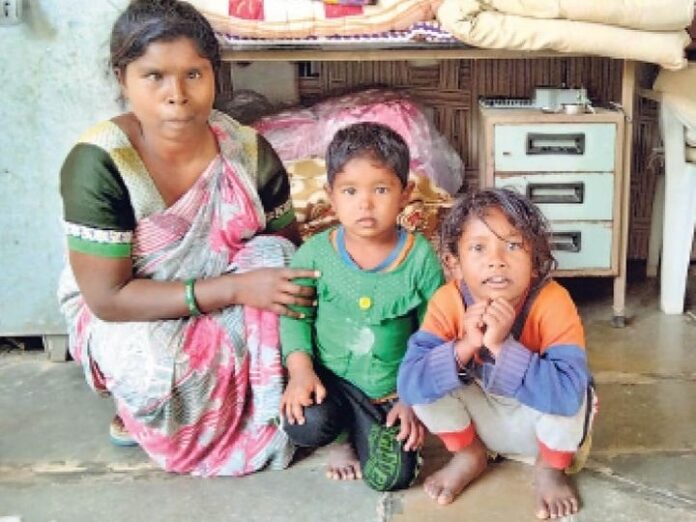 You will see the film Bajrangi Bhai Jaan, in which the film’s diamond brings Salman Khan to the home of a child who is unable to speak. A similar case has happened with 35-year-old Jaya Chetri (named in Udaipur), who arrived in Udaipur three years ago (October-2017) by Ananya Express.

She was accompanied by her two-year-old daughter (Mini) and son (Babu), born in the train, but due to different language she could not tell where she was going to live and how to get here. Since then she has been residing in the service temple institution. The institute has called experts of many languages, but Kaei could not even speak to him. However, it is estimated that she is from Bengal, Bihar or Assam.

Due to living in Udaipur for three years, three-year-old Babu and five-year-old Mini began to speak Hindi, but Jaya still does not understand Hindi. In such a situation, Jaya is still waiting for that Bajrangi brother, let him take her home.

Jaya tries to harm herself many times by being upset

Explained in gestures:
Nisha, who had come out of her house after being harassed by her husband, Nisha, a counselor of Swadhar Grih Seva Mandir Sansthan, who runs the social welfare department, told that the woman was sent here from Hathipol police station on 5 October 2017. A few days earlier, she was admitted to the Lady Hospital due to the birth of a son on the train. He tried everything possible to find his house, but did not succeed. She has also tried to harm herself several times by getting fed up. With her gestures, we have only guessed that she left the house, angry with the husband’s assault.

The institute’s efforts continue: There has been no response from the Ministry of Women and Child Development for the last two months,
Nisha said that Jaya is illiterate and can only write her own and daughter’s name in her language, which has a Bengali glimpse. Bengali, Assamese and Bihari language experts were called, but they also failed. The driver of the ambulance from which Jaya was sent to Lady Hospital told that she had come by Ananya Express. This showed that the woman came from Bengal. Contact was made at other police stations, including Siliguri, but could not be identified. Sent letter to West Bengal. The reply was not received and sent a letter to the Ministry of Women and Child Development on 17 November, but no response has been received yet.