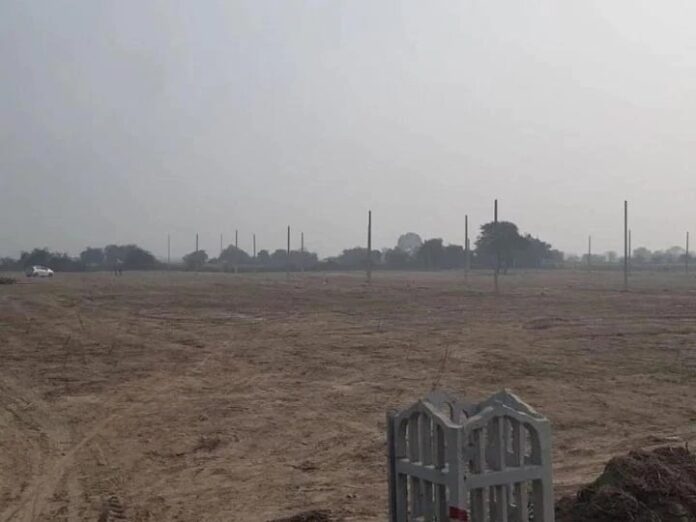 Mathura: On Thursday, Commissioner Amit Gupta arrived to prepare for the Kumbh Mela. Here, he inspected the Kumbh Mela with District Officer Navneet Chahal and gave directions to the concerned officials to complete the work as soon as possible.

At the same time, Commissioner Amit Gupta said that the Kumbh Mela has been observed today. A meeting was held with the concerned officials and sage saints regarding land allocation, electricity, water arrangements and in the meeting, the concerned officials have been given directions to work in time. Because the time is coming closer. In view of that, preparations are being made for the final touch. Special care is being taken that there is no shortage of any kind. According to the standards in the Yamuna, water should remain. It is being managed by the Irrigation Department, people will get clean and clean water in Yamuna.

Kumbh Vrindavan will run for one and a half months

At the same time, the District Magistrate said that an event is being organized in Vrindavan. Kumbh will last for one and a half months in Vrindavan. About 20 thousand sage saints will participate in Kumbh and lakhs of devotees and devotees are expected to come. Due to which arrangements have been reviewed today. Hopefully, all the work will be completed on time and there will be no problem of any kind. A hospital has been appointed for Kovid-19. There is a separate rule for people coming from outside that the same people will participate in the fair which took place within about 5 days. Kovid-19 report will show negative. The same people can participate. Arrangements have been made for thermal scanning and sanitizer of people coming to Kumbh.