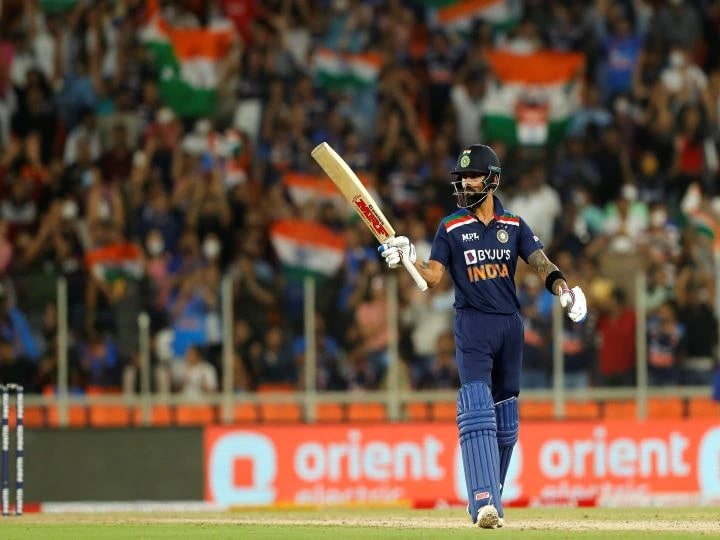 Virat Kohli, the captain of the Indian cricket team has created another history. He has become the first batsman to score 3000 runs in T20 International cricket. He achieved this feat in the second T20 between India and England in Ahmedabad on Sunday. Kohli played an unbeaten 73-run knock in the match played at the Narendra Modi Cricket Stadium in Ahmedabad and also gave India the victory with his six. Significantly, Virat hit 5 fours and 3 sixes in the innings of 49 balls. India won the match by seven wickets.

With this victory, India achieved a 1–1 draw in the five-match T20 series. England defeated India by 8 wickets in the first T20 match. But India avenged the defeat of the first match by defeating England by 7 wickets in the second match itself.

Before the start of this series, let us know that Virat Kohli had 2928 runs in T20 International cricket, and now Kohli has 3001 runs in this international format. With this, Indian cricket team captain Virat Kohli has become the highest run-scorer in T20I. Virat has scored 26 half-centuries in T20I cricket so far, including 84 sixes.