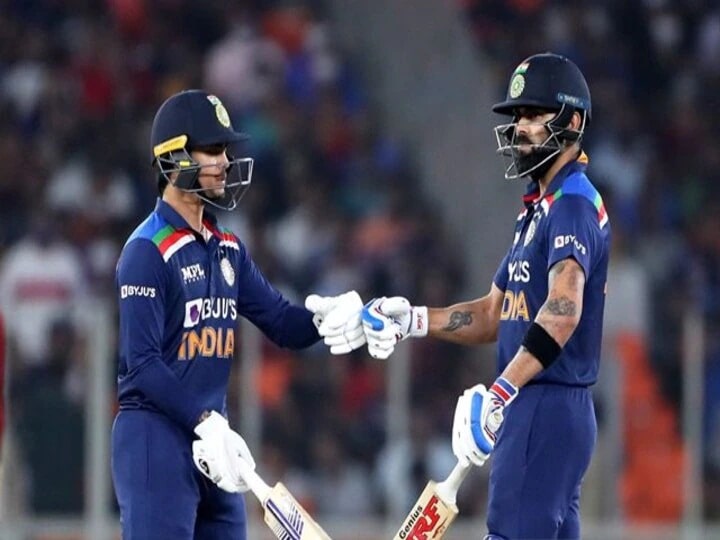 Captain Virat Kohli on Sunday praised Ishaan Kishan, who made his debut for bold batting. Actually left-handed batsman Isan Kishan has played an important role in helping India win. Ishaan scored 56 runs in 32 balls in the match. At the same time, playing against England, he defeated England by seven wickets. Virat Kohli praised Ishaan after the match and said that Ishaan overturned the entire game and finally gave India the victory.

Kohli did not stop here, he further said that when you play this way in a match, it shows your ability. At the same time, in the match between India and England, Virat and Ishaan batted brilliantly and did not let the team lose and after Ishaan was out, Virat kept playing till the end and managed to win the team once again.

💬 "He is a fearless character & should continue to back his instincts."

In the match, Ishaan started his innings with KL Rahul and scored 56 runs in 32 balls. During his innings, he hit 5 fours and 4 sixes. Ishaan was also chosen as the Man of the Match for this. After Rahane, Ishaan has become the second Indian to score a half-century in his debut T20.

Draining the opposition to create pressure :

Ishaan Kishan scored 516 runs in 14 matches at a strike rate of over 145 in the IPL 2020 as he got a chance to bat in the middle of the players’ order, due to which he managed to showcase his talent. At the same time, it is not surprising to see Ishan dominating the opposition, but hardly anyone would have thought that he would perform so well at the international level.