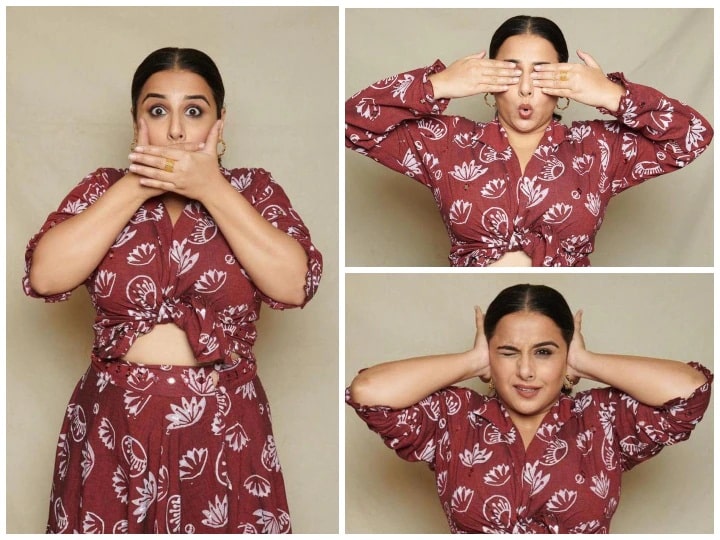 Bollywood actress Vidya Balan openly expresses her views, whether there is criticism about the actor or if there is a discussion on an issue. Often trolling about her weight, Vidya always took this criticism positively and through acting she always proved herself to be the best and that is why Vidya’s weight never came in the way of her acting.

On World Health Day yesterday, on social media, Vidya adored her fans with great affection. Here Gandhi ji learns of three monkeys, she is telling through her pictures and saying “People look at my side and tell me that your weight should be equal to your health. But your weight is one of your health Should be part and not your identity ‘.

By saying this, Vidya has stopped speaking of people with great love for whom more than Vidya’s acting, Vidya’s weight issue is important. Unable to listen to the people, Big Balan of Bollywood is unaware that these acts are truly praiseworthy.

Vidya’s acting in the film Shakuntala was much appreciated and Vidya will be seen very soon in the film ‘Lioness’ where she will be seen as a forest department officer, resolving the encounter between man and beast very cleverly and steadily.