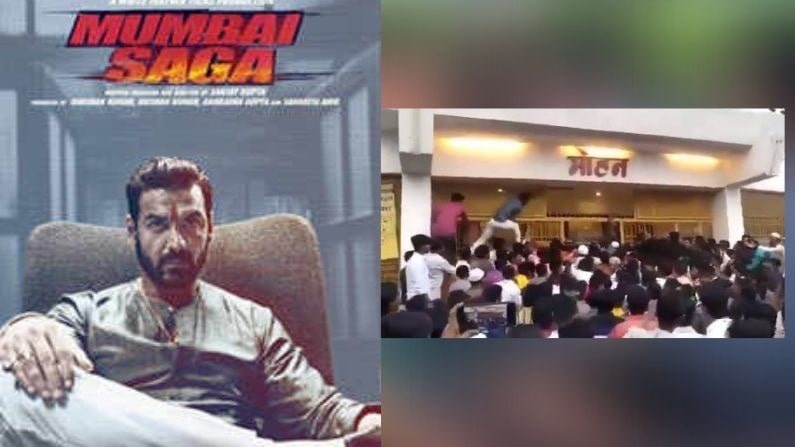 Whereas on the one hand, the corona cases are increasing in Maharashtra on the same day. At the same time, the will of the cinema lovers is not coming under control. On Sunday, there was such a crowd outside a cinema hall to see the Mumbai saga, all of them were surprised. After which the video of this incident was also shared on social media and people were appealed not to do this work.

Let me tell you, this video is from Malegaon near Nashik. Mumbai Saga shows were going on in this cinema. Because of which such a crowd gathered outside the cinema. In this film, we will see John Abraham, Emraan Hashmi, more than 100 people were included in this crowd. Some of them were not even wearing masks. Where none of them followed any social distancing and broke up to go to the cinema hall.

Watch this special video of Malegaon

While watching this video, Shilpa Shetty’s husband Raj Kundra has also given his response. He has said that “by looking at it, it seems that this cinema is giving a Kovid-free experience.” Where many types of mims are also becoming very viral on social media. Let us tell you, a total of 30,535 new cases have come up in Maharashtra on Sunday. Where so far, more than 24 lakh people have been coronated in Maharashtra since its inception.