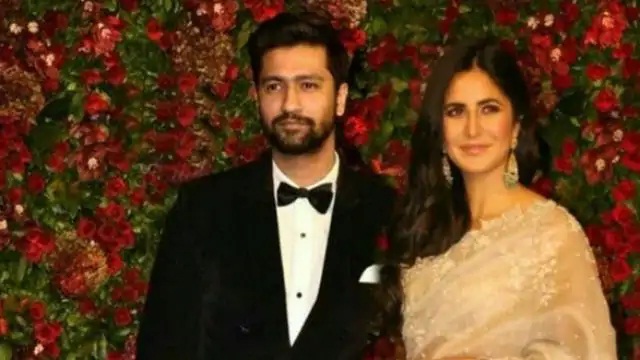 Katrina Kaif and Vicky Kaushal’s relationship has been in the news for a long time. The two are simultaneously spotted at many parties and events. But both have always told each other their good friends. Now recently Vicky appeared in Katrina’s apartment. Vicky was wearing a white T-shirt, black pants, cap and mask during this time.

Vicky’s photos have surfaced from Katrina’s apartment which is going viral on social media.

A few days ago, when Vicky was asked about his relationship with Katrina, he said that he wanted to keep his personal life secret.

Talking to a website, he said, “This is my personal life and I want to keep it a secret”. He had said that if you talk about this, then it spreads things, if things are wrong then there will be too much misunderstanding and I do not want this in my life. I believe that I should be a little alert about my personal life and I do not want to talk openly about anything at this time.

Kareena Kapoor shares her photo in the 5th month of pregnancy, along with this message

Talking about Vicky’s professional life, he was seen in the last Karan Johar film Bhoot. Bhumi Pednekar was in the lead role with Vicky in the film. Talking about his upcoming projects, he is now going to be seen in the film ‘Sardar Udham Singh’ directed by Shoojit Sircar. Apart from this, he will also work in the film ‘Takht’. Produced by Karan Johar, the film stars Ranveer Singh, Alia Bhatt, Kareena Kapoor, Jahnavi Kapoor, Anil Kapoor and Bhumi Pednekar apart from Vicky.