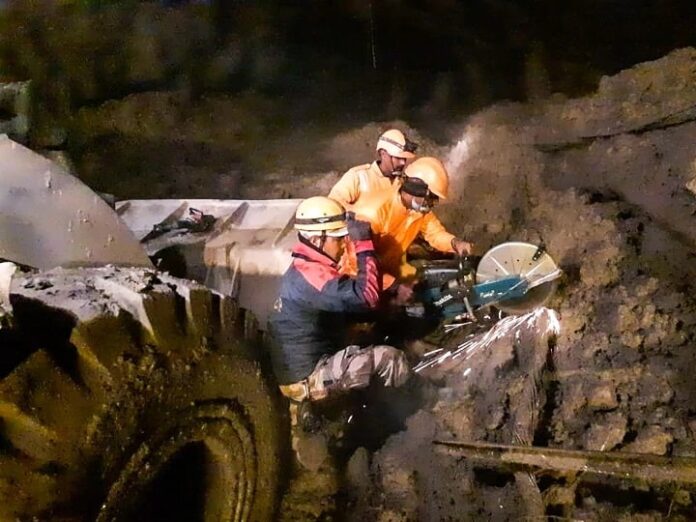 Dehradun: Rescue operations in Uttarakhand’s Chamoli district continued for the fourth day on Wednesday, while the death toll rose to 34 after two more bodies were found. An official gave information about this. The official said that due to tons of silt and debris in the flood-damaged Tapovan-Vishnugad project tunnel, the help of drones and remote sensing equipment should be taken to find 30-35 people trapped in the rescue operations. Has been

Chief spokesperson of Uttarakhand Police and Deputy Inspector General of Police Nilesh Anand Bharan, who was present on the occasion, said, “Our focus at this time is to rescue the people trapped inside the tunnel with the help of all the resources available to us such as drones and remote sensing devices.”

The 13.2 MW Rishiganga hydropower project was completely destroyed by the sudden floods in the Rishiganga and Dhauliganga rivers due to millions of metric tons of snow falling from the mountain in the Rishiganga valley on Sunday while working in the tunnel of the 520 MW Tapovan-Vishnugad project badly damaged. People got caught in it. Since then, there has been a continuous rescue and search operation by the Army, National Disaster Response Force (NDRF), Indo-Tibetan Border Police (ITBP) and State Disaster Response Force (SDRF).

Bharne said that the rescue teams have so far reached 80 meters inside the tunnel and to reach the people trapped inside, they will have to travel at least 100 meters between the tons of debris. He told that along with the disaster affected area, the missing people are being searched on the banks of the Alaknanda River.

On the other hand, according to the State Emergency Operations Center, a total of 34 bodies have been recovered so far from different places in the disaster-hit area, while 170 others are still missing. Meanwhile, two persons of Rishi Ganga Company who were earlier reported missing have returned to safe house. Chamoli’s Additional District Information Officer Ravindra Negi said that Suraj Singh, a resident of Chamoli and Rashid from Saharanpur, Uttar Pradesh, returned to their homes on Wednesday.

Head constable Manoj Chaudhary and constable Balveer Singh Ghadia, who were killed in the horrific disaster, were cremated with state honors on Wednesday. On this occasion, Chief Minister Trivendra Singh Rawat, while paying tribute to him, said that the death of disaster is very sad.

Expressing his condolences for all the dead in the horrific tragedy in Rani and Tapovan region, he said that a full-scale campaign is being conducted to search for the missing people. He asked the Disaster Management Secretary to provide immediate relief money to the dependents of the deceased who have been identified and to preserve the DNA records of the unidentified bodies.