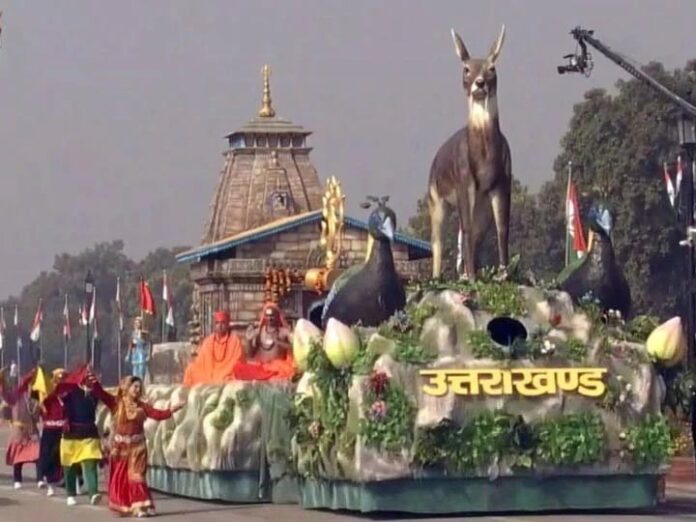 Congratulations to the people of the state

Expressing happiness over this, Chief Minister Trivendra Singh Rawat said that Uttarakhand is Dev Bhoomi. After the 2013 disaster, under the guidance of Prime Minister Narendra Modi, Kedarnath Dham has been reconstructed and given a more grand appearance than before. The Chief Minister congratulated the people of the state for choosing the tableau for the award, Secretary Information Dilip Javalkar, Director General of Information Dr. Meharban Singh Bisht, Team Leader and Deputy Director Information KS Chauhan and congratulated the artists who made the tableau and all the artists involved in the tableau.

Significantly, the tableau of “Kedarkhand” was displayed by the state of Uttarakhand in the Republic Day celebrations at Rajpath, New Delhi. A team of 12 artists led by Uttarakhand Information Department Deputy Director / Tableau team leader KS Chauhan also performed in the tableau. The theme song of the tableau was “Jai Jai Kedara”.