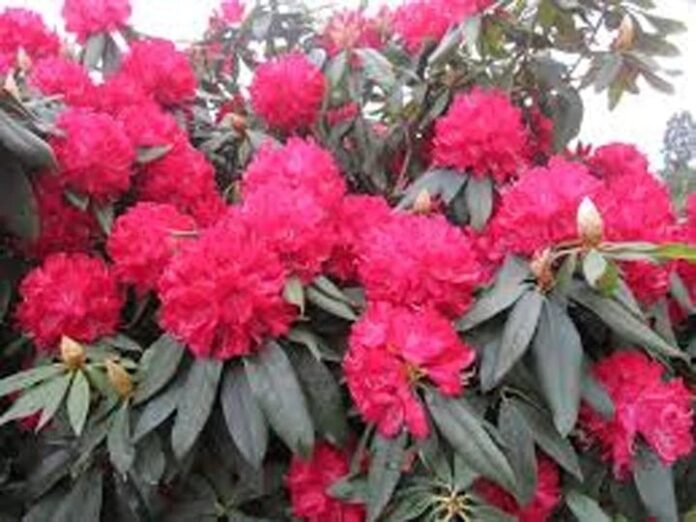 Uttarkashi: The month of Magha is going on, but in many places, the redness of the Burans has started to appear. Not only this, in many places the trees are covered with red flowers. Which are attracting people to themselves. At the same time, they are also forced to wonder why the flowers of burras are blooming before the end of time?

Flowers have already blossomed on the trees of Surbana Dhar on Badri Kedar Nath motorway in Uttarkashi district. The flowers are also in full bloom. Usually, the Burans bloom late, but now they start blooming soon. Local people are also giving their response in many ways on the bloom of the Burans.

People say that normally, the Burans bloom from March 15 to the middle of April 15, but due to the change in the weather, the Burans is blooming ahead of time, so many are calling it the effect of global warming. However, some people say that this change has been observed due to snowfall and rain fall. At the same time, some people believe that this is a natural process of burras.

Let me tell you that, Burans (Rhododendron) is the state tree of Uttarakhand. Many species of Burans are found in the state, which vary according to the height and location. Burons are usually seen in red, pink and white. In which red colored burras are used more. Many medicinal properties are also found in Burans. Its juice and syrup are included in better beverages. Burrance juice keeps the liver healthy from heart. Whereas, Burans in the mountains are also considered a source of income. Many people also sell their livelihood by selling the juice of Burans.