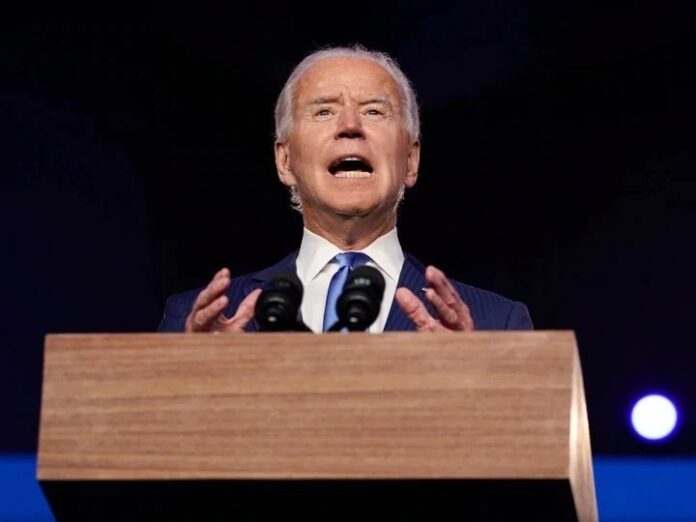 The first reaction of the United States Biden administration has come to the long standing deadlock on the India-China border. Expressing concern over China’s continuing efforts to “bully” neighboring countries, he has said that he is keeping a close watch on the situation. A top official in the new Biden administration said the US would stand with its allies to advance shared values ​​in the strategically important Indo-Pacific region.

White House National Security Council (NSC) spokeswoman Emily J. Horn said, “We are closely monitoring the situation.” We are aware of the ongoing negotiations between the governments of India and China and we will continue to support the direct dialogue for the peaceful resolution of border disputes. “He is trying to infiltrate the Indian territory and occupy it Was answering the question asked about the recent efforts of

“America is concerned about China’s continued efforts to intimidate and threaten neighboring countries,” he said. Will stand with allies. “This is the first reaction of the Biden administration in relation to the skirmishes on the border between India and China. Joe Biden was sworn in as US President on 20 January.

There has been a military standoff between India and China in eastern Ladakh since May 5 last year. To overcome the deadlock, the two countries have held several rounds of talks at the military and diplomatic level. But no concrete solution has been found so far. China is also in dispute with many other countries in the South and East China Sea over the water sector. China has increased its military capability on the artificial island in the last few years.

China asserts its authority over the entire South China Sea. But Vietnam, Malaysia, Philippine, Brunei and Taiwan also claim their claim on the region. At the same time, China is having a dispute with Japan in the East China Sea.

The South China Sea and East China Sea are rich in minerals, oil and other natural wealth. These sectors are also important for global business. Although the US is not presenting any claims on these disputed waters, it has challenged China’s claims in the strategically important region by deploying its warships and fighters to allow free shipping and aircraft patrol in the South China Sea. Has given

Addressing the joint session of Parliament last week, President of India Ramnath Kovind said, “The government is fully committed and vigilant to protect the interests of the country.” Additional military forces have also been deployed to protect India’s sovereignty on the Line of Actual Control (LAC). The government is working at every level to deal with forces that challenge the unity and integrity of the country.