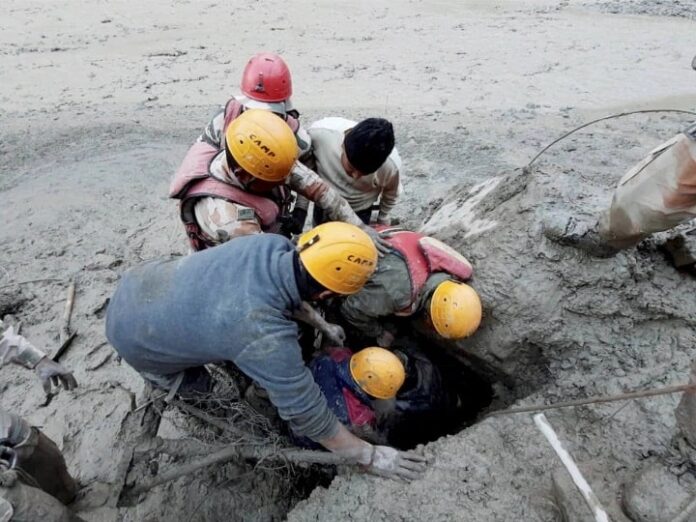 New Delhi: America and France have expressed grief over the incident of glacier bursting in Chamoli district in Uttarakhand. The bodies of seven people have been recovered after this incident so far. Thirty people are feared trapped in a tunnel of Tapovan. ITBP will run the rescue operation overnight. So far, 25 people have been evacuated from the tunnel.

America said that we have deep condolences to the people affected by the glacier burst and landslide in India. We are involved in mourning the family and friends of the deceased. The injured are hopeful to recover immediately.

At the same time, French President Emmanuel Macron also expressed condolences. He said, “More than 100 people have gone missing in Uttarakhand province due to the explosion of glaciers, France expresses complete solidarity with India. Our condolences are with them and their families.”

At the same time, Turkey has also offered grief after the tragedy. He said that we hope that there is minimal damage and those who are missing get safe. Turkey said in its statement that in this sorrow we are united with India.

The Rishiganga Valley suddenly suffered severe floods as a part of the Nanda Devi glacier broke in Chamoli district on Sunday. Due to this, at least seven people working in two hydroelectric projects were killed and more than 125 laborers are missing. Chief Minister Trivendra Singh Rawat, who returned to take stock of the affected area, told in the evening in Dehradun that so far the bodies of seven persons have been recovered in the disaster.

The Chief Minister said that Army, Indo-Tibetan Border Police, NDRF, SDF and Police personnel are engaged in rescue and relief work and the rescue work is going on in the two tunnels located in Tapovan area where workers are trapped. The Chief Minister also announced a compensation of four lakh rupees to the families of the deceased.

According to eyewitnesses, in the morning, the water level of the Dhauli Ganga showed increasing with loud noises. The water was moving in the shape of a storm and he carried away everything that came in his way. A motorway and four suspension bridges have been washed away by floods in the Ranini. Contact has been lost in seven villages where the work of transporting relief material is being done through army helicopters.