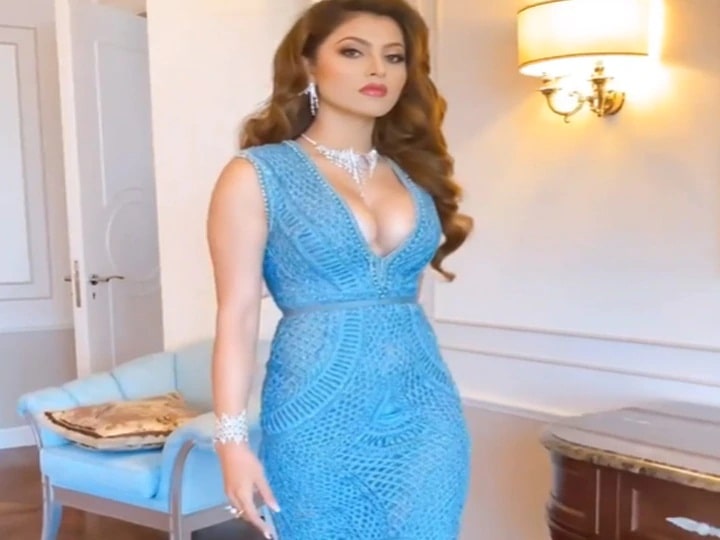 Urvashi Rautela (Urvashi rautela) remains in the headlines on social media for her photos and videos. She keeps sharing her photos for the day to stay connected with her fans. Recently, Urvashi Rautela shared the information of her new song being viewed more than 50 lakh times on her Instagram account. He has also shared a video. In which she is seen cutting the cake. Along with sharing the video, she is also seen dancing.

Urvashi Rautela adds to her beauty on Instagram. Seeing the photos, the fans also do not hold back from praising them. Sharing the video, Urvashi Rautela writes, ‘I feel very honored to be working with Marilyn Monroe of Bollywood, Venus of Bollywood ie Madhubalaji’s song’ Ik girl Bhigi Bhagi Si ‘. In films, she is known for her beauty, personality and sensitive portrayal of women. What do you think about my voice in the song? ‘

Let me tell you that this song is from the movie ‘Chalti Ka Naam Gaadi’ and the original song was filmed on Kishore Kumar and Madhubala. At the same time, Urvashi Rautela appeared in a new avatar by giving this song a glamorous look. This song has been given by the singer Ajay Keswani. Talking about the workfront, Urvashi Rautela’s music video ‘Woh Chand Kahan Se Laaogi’ was recently released. Which was very much liked by the fans.