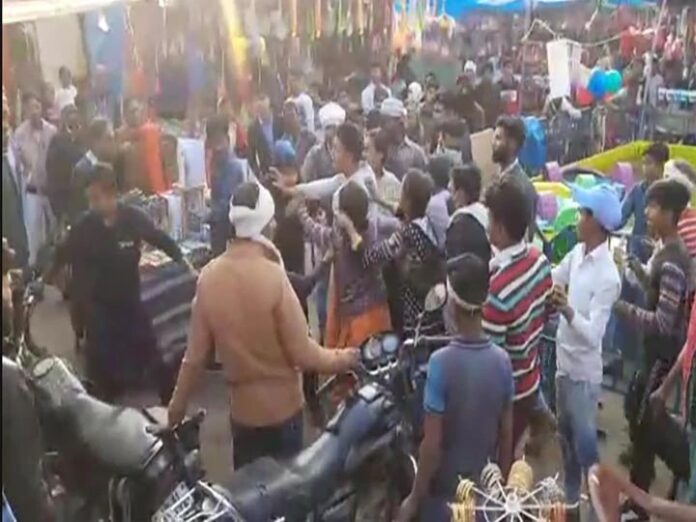 Aligarh: A video of Aligarh station, Aligarh, is becoming increasingly viral on social media. In the viral video, two sides are seen getting into a fight. During this time a woman is also seen intervening. In the video, it is seen fighting with each other for a long time. The police have gathered in search of the youths who took cognizance of the video and assaulted it. Police say that this video is of a exhibition in Atrauli area. Where there is a fight between two groups over something. It is being told that two sides have been beaten up for opposing molestation of the woman. The investigation of the case has been handed over to CO Atrauli.

Investigation handed over to CO

The video of the fight is becoming increasingly viral on social media. Taking cognizance of the viral video, the police has started searching for the youth who beat up. Giving information about the incident, SP Crime Dr. Arvind Kumar said that a video is going viral on social media and Twitter. In the viral video, two youths are seen fighting amongst themselves and one woman is seen defending the middle. Taking cognizance of the video, the investigation has been given to CO Atrauli, so that the truth of the whole episode can be ascertained.