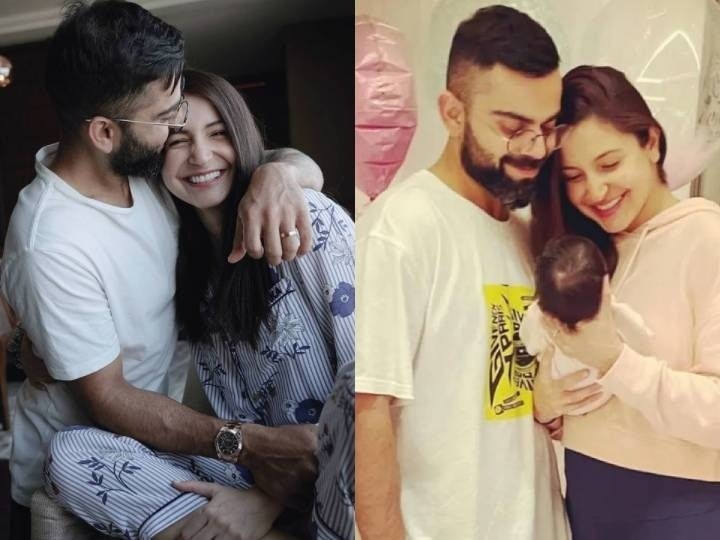 Indian cricketer Virat Kohli and Anushka Sharma’s daughter Vamika are two months old. Virat and Anushka celebrated this occasion. Anushka shared the pictures of this sweet celebration with fans on social media. Virat went back to India to play for the delivery of baby and after spending some time. Anushka is spending time with Vamika for two months.

Sharing this picture, Anushka wrote, “Happiness of our two months.” The cake is cut and there are stars and clouds on it. This is a blue cake with multicolor stars on it. At the same time, cricketer Virat Kohli has also shared a picture. In this picture, Virat Kohli and Anushka are seen in romantic style. In this, chemistry of both is being seen.

In this picture, Virat Kohli is in a comfy white T-shirt and pajama and he holds Anushka in his arms. On the other hand, Anushka is looking very beautiful in a striped night dress. This night dress has an imprint of flowers on it. A long smile is seen on his face. What are Virat doing on their foreheads.