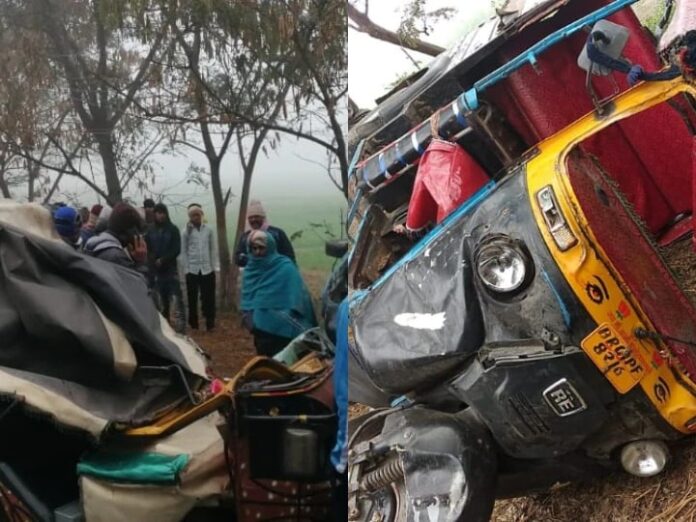 Patna: Fog occurred on Bikram-Bihata State Highway-2 road in Paliganj subdivision area of ​​the district due to fog, in which two people died and two people were seriously injured at the scene. The injured have been admitted to PMCH for treatment.

According to the information, an auto, being carried out with a ride from Dulhanbazar, collided directly with another auto coming from the front near Moriyawan village in Bikram police station area, in which the auto driver and a passenger sitting in it died on the spot. , While two other people were seriously injured.

Both the injured have been referred to PMCH Hospital in Patna for better treatment. Both the autos crashed into this horrific road accident. The collision was so strong that the villagers gathered on the road after hearing his voice.

Currently, Bikram police took both the bodies to PHC and engaged in further action. One was going to Bikram from Auto Bihata while the other was coming from Bikram to Bihata. Due to the lack of visibility due to fog, they could not see each other and this terrible road accident happened.

The deceased was identified as Deepak Kumar, son of Jayaprakash Sav of Dulheen Bazar and Pramod Kumar, son of Yamuna Singh of Dehpali village of Paliganj, who is said to be a Tompo driver. Police took the body and sent it to Subdivision Hospital Paliganj for post-mortem. The matter is under investigation. During this time, the police kept from making any official statement.