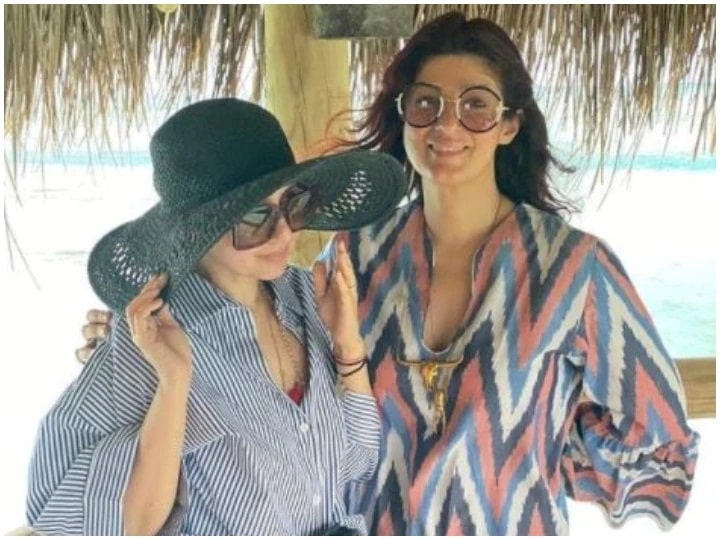 Bollywood actress Twinkle Khanna may not be so far away from the film world, but she still remains in the headlines. Twinkle Khanna, who is very active on social media, has shared the pictures with her sister Rinkee Khanna.

Actually, Twinkle Khanna has returned to Mumbai after a holiday in Maldives with her family. Twinkle shared a picture with her sister Rinky and wrote, “I have met my sister after one and a half years.” We were living separately for a long time. Giving the hashtag, he wrote, Khanna sister. This picture of Twinkle is very much liked by his fans.

Let me tell you, earlier Twinkle shared a picture of husband Akshay Kumar. In this picture, he was seen posing with Twinkle Khanna. The picture was very romantic. He shared the picture and wrote, Excellent place and happy faces. He further wrote that, we are very happy that we got a chance to take a holiday in the era of Corona Mahamari.

Telling, Akshay and Twinkle got married in the year 2001. They have two children, in which the son is 18 years old and the daughter is 8 years old. Talking about Akshay Kumar’s work front, he will be seen in films like Suryavanshi, Bachchan Pandey, Raksha Bandhan, Prithviraj. His fans are eagerly waiting for these films.