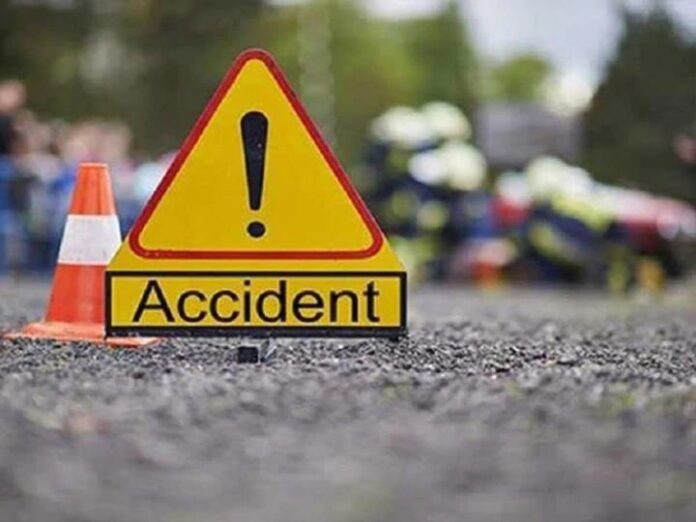 Hajipur: The truck crushed the grandfather and granddaughter going for the intermediate board examination in Hajipur. Retired Jawan Dada of Bihar Police died on the spot while his granddaughter was seriously injured, whose condition is said to be serious. Humanity appeared to be ashamed when the woman kept crying on the road for hours after the accident, with the dead body of a retiring jawan of a Bihar Police soaked and people kept making videos.

Actually, Bihar Intermediate Board examination has started. Meanwhile, this grandfather and granddaughter, who left for the examination center Hajipur today, were crushed by the truck on the way and the grandfather died on the occasion, while the granddaughter was badly injured. Which has been sent to PMCH for better treatment in a hurry.

The incident is of NH 22 of Hajipur. After the accident, the woman kept crying on the road for hours with a blood-soaked body and people make videos. After a long time the police reached the scene of the incident and after the post-mortem of the dead body was handed over to the relatives.