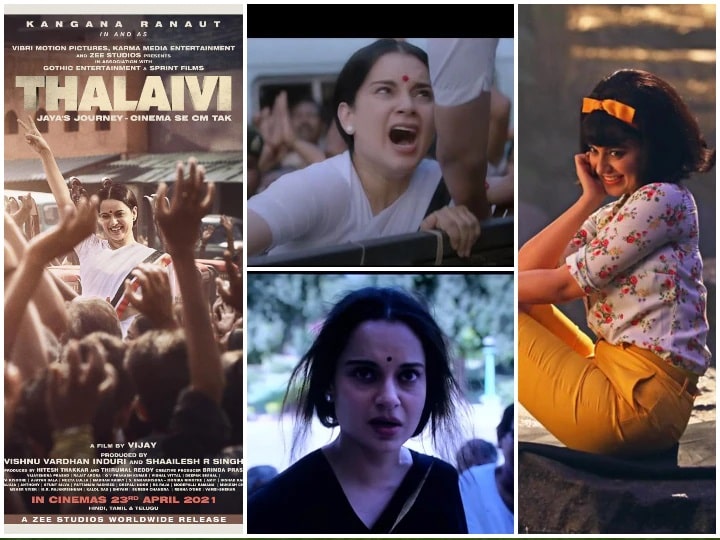 The trailer of Bollywood’s Kangana Ranaut’s film Thalaivi has been released. This film is made on the life of late politician and former Tamil Nadu Chief Minister Jayalalithaa. The trailer is very powerful and Kangana looks exactly like Jayalalithaa in it.

In this trailer of three minutes 22 seconds, a glimpse of Jayalalithaa from becoming an actress to her step in politics is shown. The dialogues in the trailer are quite powerful.

The trailer starts with this line – that film will tell us how politics is done? After that comes another voice – this is the world of men and we are standing ahead of a woman. It is shown in the trailer that Jayalalithaa had to go through the journey from acting to politics.

Apart from Hindi, this film will also be released in Tamil and Telugu. The film is directed by AL Vijay and also stars Arvind Swamy, Prakash Raj, Madhu and Bhagyashree in pivotal roles.

Let us tell you that Kangana increased her weight by about 20 kg to bring Jayalalithaa’s character to life. This body transformation of Kangana was also in the news.

The film ‘Thalaivi’ will be released in theaters on April 23.