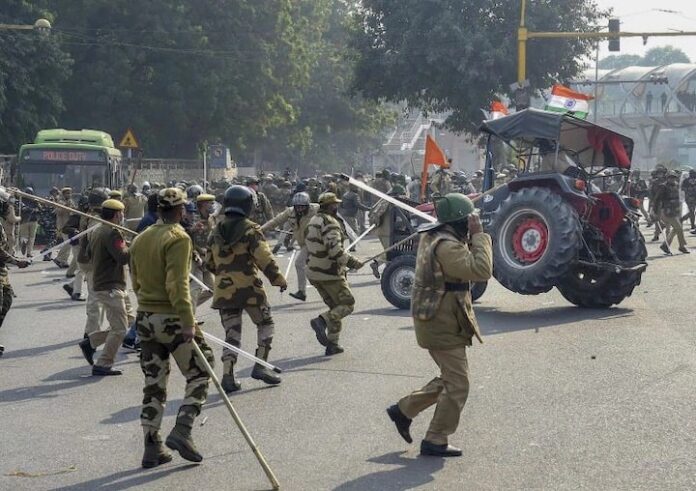 Recalling the incident on 26 January, Additional DCP Parvinder said, “This is the 26th. When the mob violence started near Nangloi, one of our juniors got inside the crowd. When we got to know about this Then we tried to get him out and somehow we were able to pull him out. At that time violence was also happening. ”

Additional DCP Sudhanshu Dhama told the incident that day, “We were all on duty. Suddenly violence started, then the head constable Manoj, the operator of Additional DCP South got caught in it. We got to know as we got him. He went inside to save and then managed to get him out by any means. He was also hurt. During that time I also got a hand injury and there were many police personnel and officers who were also injured. ”