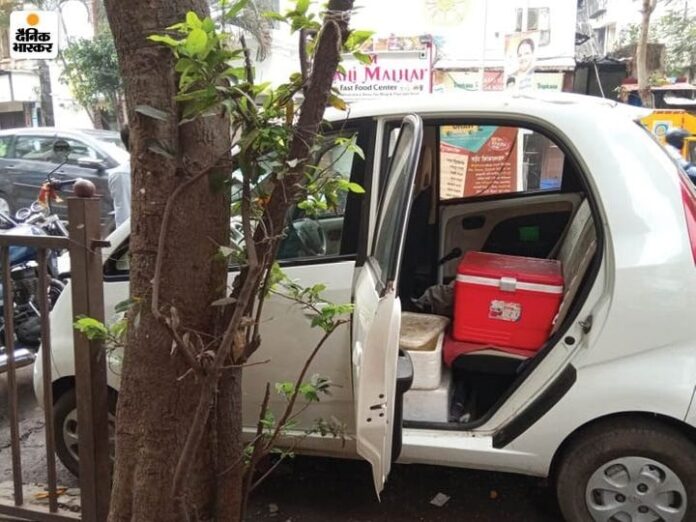 Pankaj Nerurkar of Mumbai was running his own restaurant till the lockdown. The first restaurant closed due to Corona. Then even when opened again, customers were not coming much. Expenses were getting expensive. So Pankaj closed the restaurant. Now the question was, what to do for the survival of life. While discussing with his wife, the idea came, why not start a food business from the Nano standing at home. Make and sell food at home.

Pankaj, a chef with twenty years of work experience , says, ‘I am a chef by profession. I have worked in big hotels for twenty years, so I know how to cook well. Pankaj resumed business in October after discussing with his wife. It is said, ‘I park the car at Girgaon Chowpatty. I have fifteen items everyday. The menu is different every day.

Pankaj is running his business in this nano car. They say, I have a new menu every day.

No customer came in the
first one week, Pankaj’s business did not run for the first one week. Says, ‘Disappointed, had stopped the menu. Used to stand everyday but not even one or two customers were coming. Despite this, the work did not stop. Slowly one by one, two or two customers started coming. If he liked the test, he started bringing other customers with him as well.

Says Pankaj, “The restaurant that I used to give for Rs 300 in the item, I am giving here for Rs 100. Because, as customers increase, my profit will also increase. But, if the rate is very high, then the customer will not be able to add. Pankaj is moving forward on this concept. They have also created a WhatsApp group of customers who are coming. Let us update the menu in the group.

Everyday
, the business has gained momentum of 4 thousand rupees from the last few months. It is said, ‘Everyday business of about 4 thousand rupees is done.’ If you add a month, you have earned above one lakh. Three workers have also been placed. The wife makes her work together. Pankaj now wants to further his Nano food model. According to Pankaj, ‘My goal is to provide tasty food to customers at a low price.

Pankaj says that those who cannot eat at Five Star Hotel, they have to give the same test in Nano Food. Now I am serving from twelve to three in the afternoon and from five to eleven in the evening. It is said, “Everyday 17 to 18 hours of hard work is done, then I am able to give such good service to the customers.”