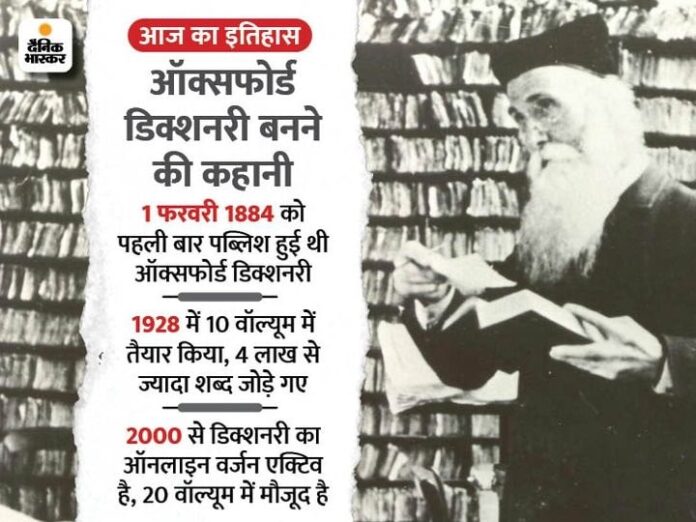 At that time the people of the Philological Society of London considered systematically preparing an English dictionary. It included the Anglo-Saxon words prevalent from the 11th century to the 18th century. At that time it was prepared in 4 volumes. 6,400 more words were added to it.

The dictionary was fully completed in 1928, 40 years after this. More than 4 lakh words were included in this dictionary and it was prepared in 10 volumes. It was titled – A New English Dictionary on Historical Principal (A NEW ENGLISH DICTIONARY ON HISTORICAL PRINCIPLES). Since then every year the Oxford Dictionary contains words from every language.

Important events of 1 February in India and the world are as follows:

1785: Warren Hastings attends council meeting for the last time. Resigned from the post of Governor General of Bengal after the meeting.

1881: St. Stephen’s, the most prestigious and oldest college in Delhi, was established.

2003: US spacecraft crashes while returning to Earth from Columbia. Seven astronauts including Kalpana Chawla of India were killed in the accident.