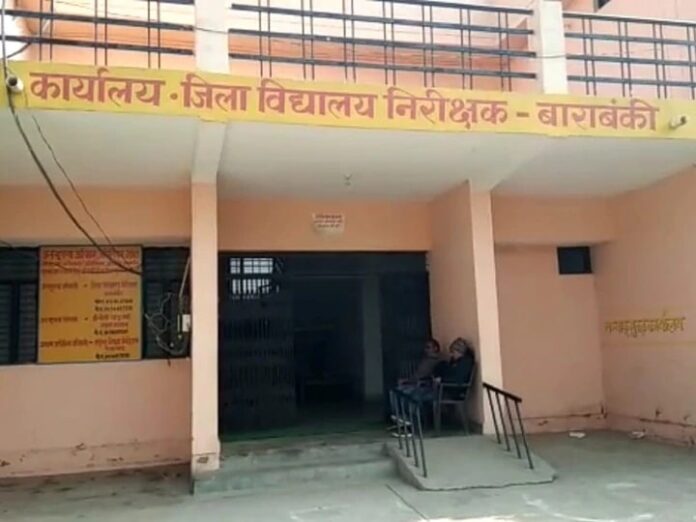 Barabanki: Documents of three teachers posted at Inter College near the Education Department DIOS office in Barabanki have been found to be fake. The revelations during verification have caused a stir in the Department of Secondary Education. In the district, 15 teachers have been sacked in the Basic Education Department, doing jobs on the basis of fake documents. They are under legal action.

The case is related to GGIC, DAV Inter College of the city area and Jagdishrai Fatehchand Inter College in Safdarganj in Barabanki district. Where, during verification of educational records, the marksheet of Tenth of Zeenat Zabi posted as Urdu teacher in the government girl Inter College of the city in 2015 was found suspicious and 1986 Inter Exam mark sheet of teacher Gyanadas Verma posted in DAV Inter College since 2003 was found suspicious Whose test was found canceled and absent. At the same time, Shashivendra’s marksheet posted at the post of Assistant Teacher at Fatehchand Jagdishrai Inter College, Safdarganj, degree was obtained from Dr. Bhimrao Ambedkar Agra, which has been found to be fake in the investigation. The secondary education department has started the legal process of withholding pay against the three teachers who have been paying a lot of wages in the case for many years.

School is a short distance from DIOS office

The department is raising questions about the functioning of the office and the non-scrutiny of educational certificates on time due to the finding of fake teachers posted in schools located a short distance from the District School Inspector (DIOS) office.

Since June 2019, Rajesh Kumar Verma, posted in the DIOS post in Barabanki district, says that on the instructions of the government, the verification of the records of all the teachers, including teachers and staff posted in the colleges and aided schools of the Education Department is going on. In this, during the verification on Tuesday, the records of three teachers from whom he obtained the appointment have been found to be in error. Teachers’ salaries have been stopped and legal action is being taken by sending notices to school managers. Recovery of the teachers who had been authorized payment in the past will be made.