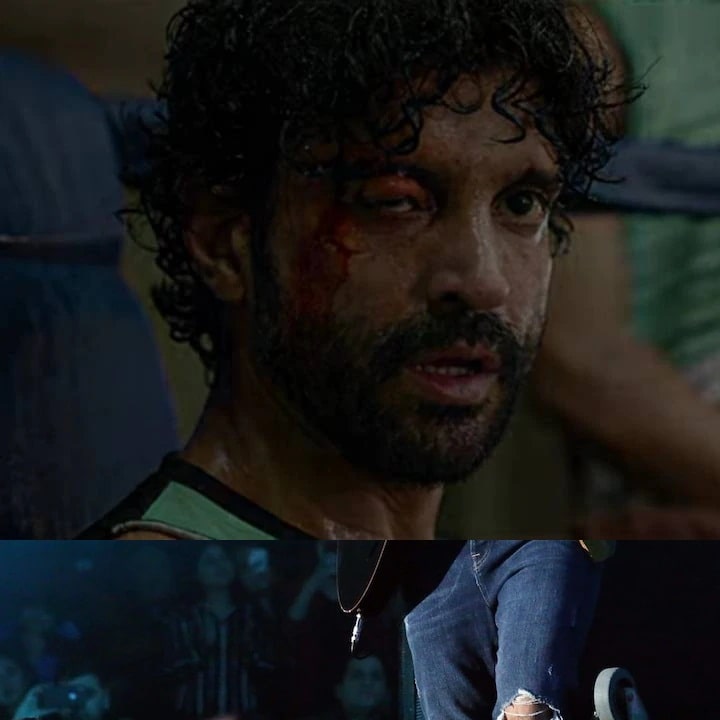 In the teaser of the storm, the life of Ajju Bhai is shown, which is being played by Farhan Akhtar. He is a city punk. He fights people and quarrels wherever he goes. Later he decides to change his life and decides to become a boxer. His girlfriend (Mrinal) and coach (Paresh Rawal) and his hard work make Ajju bhai a ‘storm’.

Journey from Ajju bhai to becoming a storm

Watch the teaser of the film Hurricane here

Romance with action too
Mrinal tells them to follow one of the paths of Ajju Bhai or Aziz Ali Boxer. After this, he becomes a boxer doing hardwork. Then enter the boxing ring. Meanwhile, along with happiness and romance, pain is also shown. In the last comes Paresh Rawal’s dialogue, in which he calls Aziz Ali a storm.

The ‘Storm’ will be streamed in more than 240 countries on 21 May 2021 on the online platform Amazon Prime. The storm has been produced by Ritesh Sidhwani, Rakesh Om Prakash Mehra and Farhan Akhtar. Rakesh Omprakash Mehra is doing Karam with Farhan Khan after seven years. Earlier both of them worked together in ‘Bhaag Milkha Bhaag’.