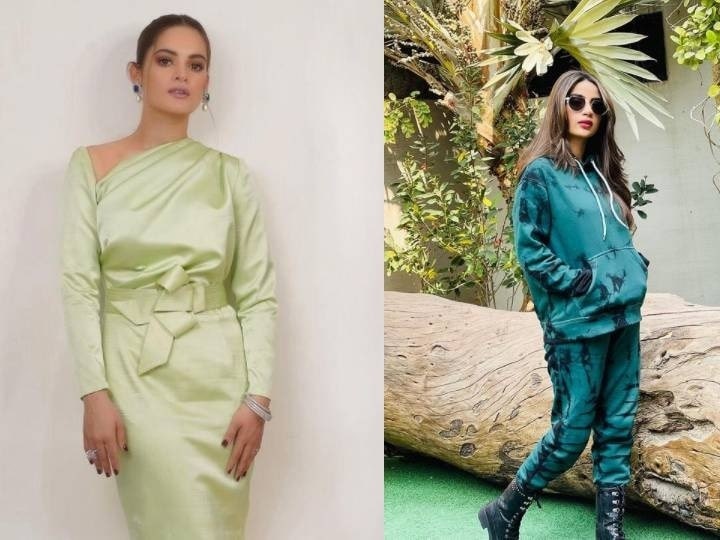 Pakistan actress Minal Khan and Sabur Ali recently joined a show and got the attention of the people. Both actresses looked very beautiful and both of them got glamorous style in Western look. However, in this show, both of these actresses were outnumbered wearing western dress. People started trolling both of them.

People are questioning their choice of clothes. The episode of the show was leaked on social media even before the show went on air. In the leaked video, both actresses can be seen in a green outfit. Minal is wearing a Mint Green Silk Dress, designed by designer Sana Safinaz, while Sabur is wearing an Emerald Green Bishop-Sleeve Classic Dress.

One user commented on her dress, “Minal aunts have become so unhappy.” At the same time, another user wrote, “Sadly, how Pakistan is losing its security and principles in the name of modernization.” Another user wrote, “Their clothes are getting shorter day by day.”

Both actresses are playing the role of Villain in the TV serials ‘Jalan’ and ‘Fitrat’. People are also targeting him with this. On this, Sabur said that she is showing the picture of society with such a character. I hope to bring awareness among the people. Because of the character of both, both of them have a negative image on social media. Sabur Ali further said that his criticism of Western dress is making it worse.