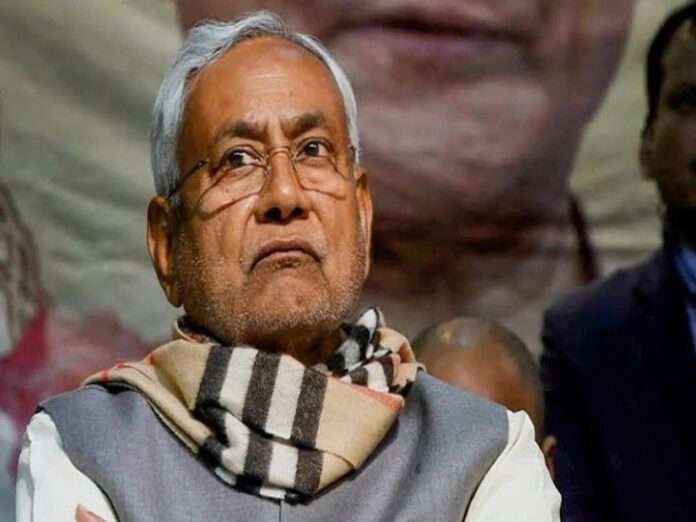 Patna: Nearly three months after the formation of the government of CM Nitish’s cabinet in Bihar has been expanded. In such a situation, now the public is eyeing those faces who have been made ministers. Let us know that in the swearing-in ceremony held on Tuesday, 17 MLAs and MLAs of JDU and BJP have sworn in as ministers. These include names against which criminal cases are registered.

Please tell that JDU MLA Madan Sahni, from Bahadurpur seat in Darbhanga district, who has been made the Minister of Social Welfare, has two criminal cases under Section-188 of IPC. One case is registered in Bahadurpur in Darbhanga and the other in Ghanshyampur police station. At the same time, BJP MLA Pramod Kumar from Motihari seat in East Champaran district has a total of four criminal cases registered. Sugarcane Industry Minister Pramod Kumar is also facing a case of fighting two groups among themselves.

Here, the name of the late actor Sushant Singh Rajput’s cousin and BJP MLA Neeraj Kumar Bablu from Umpur Assembly in Supaul district is also in the list of tainted ministers. A total of three cases have been registered against them under different sections. Neeraj Kumar, an MLA famous for his domineering image, thanked the top leadership of his party BJP for being made a minister. At the same time, he has given cleanliness to the case running on him. He said that he has been sued during Jungle Raj. The person who struggles and comes up in politics, there are lawsuits.

A total of 6 criminal cases have also been registered against BJP MLA Subash Singh from Gopalganj seat. 5 FIRs are registered in Gopalganj and Manjgarh police station of Chhath Thave. He has been given the responsibility of the Ministry of Cooperation in the Nitish government. Road Construction Minister and MLA from Patna’s Bankipur seat, Nitin Naveen, have a total of 5 criminal cases. However, no one has so far had a charge frame against the MLA.

At the same time, the only independent lawmaker Sumit Kumar Singh has been lodged in Munger’s Kotwali police station for cheating and forgery under the trust. Sumit is
an independent MLA from Chakai seat in Jamui district, but has given his support to Nitish Kumar.

Here, Sunil Kumar Singh, who reached the assembly after winning the election on a BJP ticket from Saharsa seat, is also a leader of criminal image. A criminal case is registered against him in Sadar police station of Saharsa. At the same time, Jamaat Khan, the most leader of Nitish cabinet and MLA of Chainpur assembly of Kaimur, has the most tainted image. He has three criminal cases filed against him. Of these, two cases are registered in Bhabhua and one in Chainpur police station. Please tell that Zaman Khan has been given the responsibility of the Ministry of Minority Welfare.