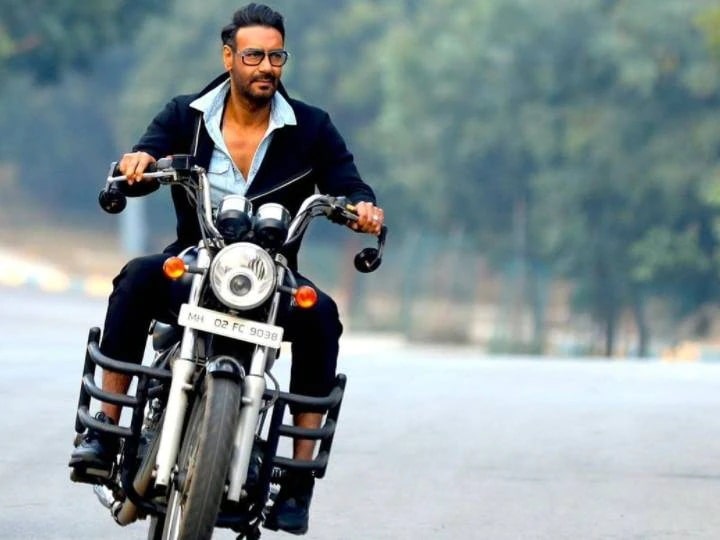 Today is the birthday of Bollywood actor Ajay Devgan. He is celebrating his 52nd birthday today. He is originally from Amritsar. He studied at Silver Beach High School in Juhu and later graduated from Mithibai College. His entire family is related to the film industry. His father Veeru Devgan was a stunt choreographer and action film director.

Ajay’s mother Veena is a film producer and her brother Anil Devgan is a filmmaker and screenwriter. Ajay Devgan himself is an actor and now also a producer. Fans have been watching his performance for decades. Here we are going to tell you about his comedy and action movie, which proves him a strong actor.

Ajay Devgan’s film ‘Phool Aur Kaante’, which came in the year 1991, entered Ajay Devgan standing on two bikes. This stunt became his symbol. There was a super hit in the film.

– Ajay Devgan and Karisma Kapoor, who came in the year 1992, got to see their dhansu fight scene in the starrer ‘Jigar’. Ajay had done many dangerous actions and stunts in this love story.

– Ajay Devgan did many dhansu action scenes in the film ‘Kutche Dhaage’ released in 1999. The most popular of them was to run behind the moving train and climb on it.

– In the year 2006, Ajay Devgan made the first Baar comedy film. The name of this film was ‘Golmaal: Fun Unlimited’. This film was well liked. In this too, entry was shown on his motorcycle.

– Ajay Devgan did another comedy film in the year 2009. The name of this film was ‘All the Best’. He and Sanjay Dutt’s comic timing were well liked in this. The film was a super hit.

– In 2011, Ajay Devgan did a sansu action film and it took off in Ajay’s career. This film was Singham. His appointment in the film was Kajal Aggarwal.
In the year 2012, ‘Son of Sardar’, his entry is on two horses. The film also got to see comedy with action in the film became a superhit.

– In the year 2014, he did the action-comedy, the action and comedy Tadka. However, the film flopped badly.