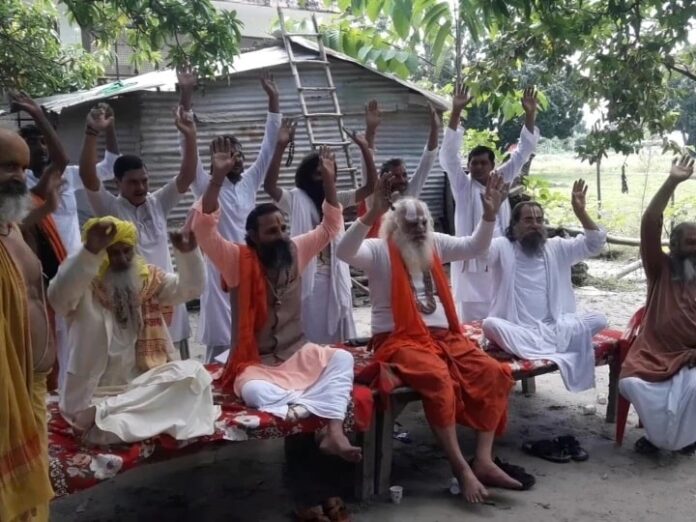 A memorandum was given by Bairagi Akharas to Fair Administration and Arena Council President Narendra Giri for early work in Bairagi Camp and warned that if the Mela administration does not work in Bairagi Camp, then it will boycott all the arrangements of government in Kumbh Mela . At the same time, Minister in charge of Haridwar Satpal Maharaj is talking about making Kumbh divine and grand.

The Bairagi Akharas of the Vaishnava sect are continuously registering their displeasure over the non-functioning of the Bairagi camp, but in spite of this, even the basic administration of the Bairagi camp is not being done by the fair administration. Mr. Mahant Rajendra Das of Bairagi Panch Nirmohi Ani Akhara says that the Kumbh Mela is going to start now. The saints of Bairagi sect have also started coming, but no work is being done in the Bairagi camp on behalf of the fair administration. Regarding this, we have given a letter to the Fair Officer and the President of the Akhara Council, but sadly, we have to say that the Math Mandir Ashram has been built in all the Akharas. But the saints of Bairagi are forced to live in the open field. He alleged that we are being ignored by the Fair Administration and the Akhara Council, only talking about doing this work, but no work is visible.

The work of Kumbh Mela is still incomplete and if lakhs of devotees come to Haridwar in Kumbh Mela, how will the Mela administration arrange them but Uttarakhand cabinet and Haridwar in-charge minister Satpal Maharaj Haridwar are talking about making Kumbh grand and beautiful. Satpal Maharaj says that the corona epidemic is ending. Now Aquarius is happening. Under the leadership of the Chief Minister, we will celebrate Kumbh in a divine and grand way. We open our heart and welcome all the tourists to come to the Kumbh Mela and participate in the virtue.