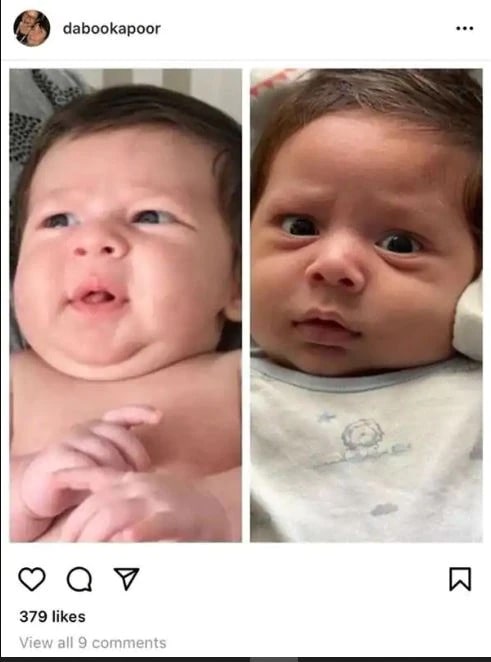 Kareena Kapoor Baby Photo: Bollywood veteran actor and father of Kareena Kapoor Khan, Randhir Kapoor is very active on social media these days. At the time of Kareena Kapoor’s delivery, she first confirmed that Kareena-Saif was the second baby. Two days ago, he shared a picture of a baby with the opening photo of Taimur Ali Khan.

After seeing these picture posts of Randhir Kapoor, the fans felt that this is a picture of Timur’s younger brother. However, Randhir deleted the post containing this picture shortly after. But by then it was too late for him. Many fans had taken screenshots of his post and many people shared it on social media.

This means that Kareena Kapoor does not want to hurry to show the son’s face to the fans this time. Fans will also have to wait to see the face of Kareena’s other baby. Let us know that on the occasion of International Women’s Day, Kareena shared a black and white picture with another baby.

Kareena did not show baby’s face

Kareena Kapoor Khan has taken Baby in her lap in this picture. Taking a selfie with one hand. His baby’s face is not seen in this picture. Sharing this picture, she wrote, “There is nothing that Mahilyan cannot do. Happy Women’s Day to all.”