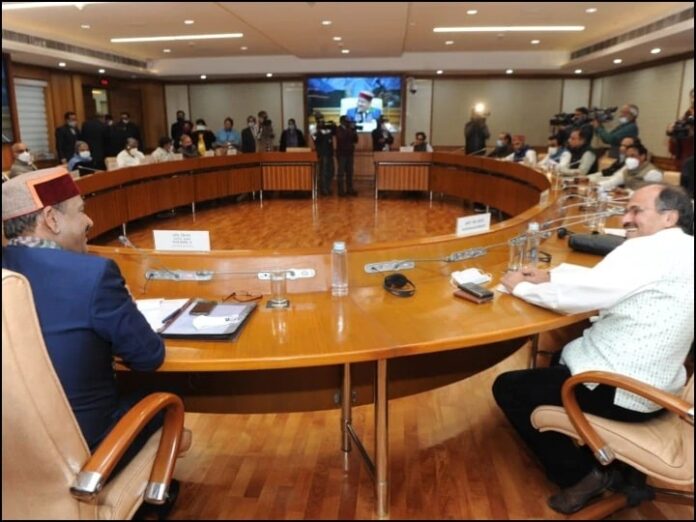 New Delhi: Lok Sabha Speaker Om Birla on Friday hosted an all-party meeting of leaders of various parties to start the budget session of Parliament, where the opposition demanded the government to discuss agrarian reform laws and the India-China border. is. On the occasion, Lok Sabha Speaker Om Birla said, “It should be our endeavor that maximum legislative work can be done this time also, all parties are requested to participate in the proceedings of the House.”

With the budget presented on 1 February, the budget session of Parliament starts on 29 January and will run till 15 February. The meeting included parliamentary affairs ministers Prahlad Joshi and MOS Arjun Ram Meghwal, and leaders of Congress, DMK, YSR Congress, BSP, TDP, TRS, BJD, Apna Dal and AIMIM. But there was no representative of Trinamool Congress and Samajwadi Party in the meeting.

Opposition leaders expressed concern over farmers’ protests in the Delhi-NCR region, partly on the government’s proposal to roll back agrarian reform laws, with Congress pushing for a discussion on repeal of the laws, while DMK’s TR Baalu ​​in Ladakh I demanded a discussion on border deadlock with China. After the meeting, National Conference leader Farooq Abdullah said, “We want to discuss various matters and we hope that the government will give us time.” Congress MP Adhir Ranjan Chaudhary said, “We would like to discuss the issue of farm reforms. All opposition parties are on the same page.”

Parliamentary Affairs Minister Prahlad Joshi told the opposition that the government is ready to discuss all issues. However, in the first part of the budget session, it is possible to discuss the motion of thanks on the President’s address and discuss the Union Budget, for which 10 hours has been allocated.

The motion of thanks on the President’s speech at the BAC meeting of the Lok Sabha will be answered on February 2, 3 and 5 and PM Modi will reply on February 5, while the discussion in the lower house will be held on February 8, 9 and 10 and Finance Minister 11. Will reply on February. The budget session of Parliament will begin on 29 January and the session will last till 15 February.