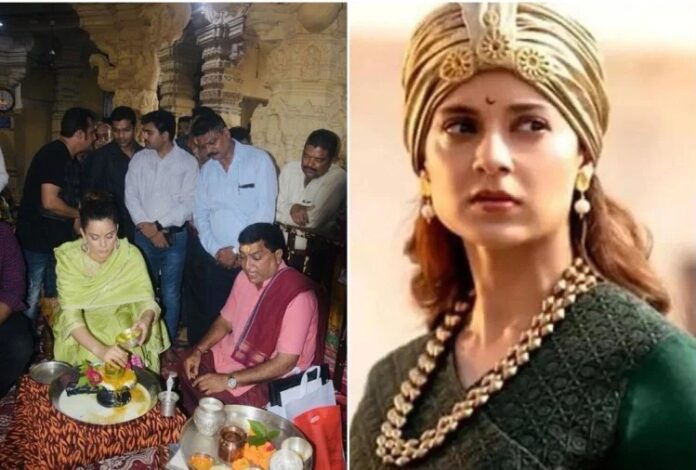 Kangna in one of her tweets reminded the Maharashtra government the history of Somnath Temple. Kangana wrote- ‘Good morning friends, this photo is of Somnath Temple, how many poor people have brutally ravaged Somnath, but history is witness, no matter how powerful cruelty and injustice, in the end, victory is devotion, every Every Mahadev.

Let us know that in the past, Maharashtra Home Minister Amit Deshmukh had asked Mumbai Police to conduct an investigation based on an old interview by Suman, in which he accused Kangana Ranaut of taking drugs. Kangana said on this – ‘I am very happy with this favor of Mumbai Police and Maharashtra Home Minister Anil Deshmukh. Please test me Please check my call record. If you ever get a link from my drug peddler, I will accept my mistake and leave Mumbai forever. Looking forward to meeting you. ‘

Kangana expressed anger through social media when BMC broke her office. Kangana had said- I did not make a mistake by comparing Mumbai with Pakistan occupied Kashmir (PoK). The actress d a one-minute video on Twitter and said that terror is increasing in Mumbai. He has spoken to the former Navy officer in Mumbai about the scuffle of alleged Shiv Sainiks and the state government’s action against a TV channel.

On the other hand, an FIR has also been filed on Kangana for using objectionable words for Maharashtra Chief Minister Uddhav Thackeray. This FIR has been lodged at Vikhroli police station in Mumbai. Lawyer Nitin Mane has filed an FIR saying that he will drag Kangana in the court. Since Uddhav Thackeray has nothing to do with the entire case, Kangana dragged him into the case. It is not right to use such terms for the CM of a state.