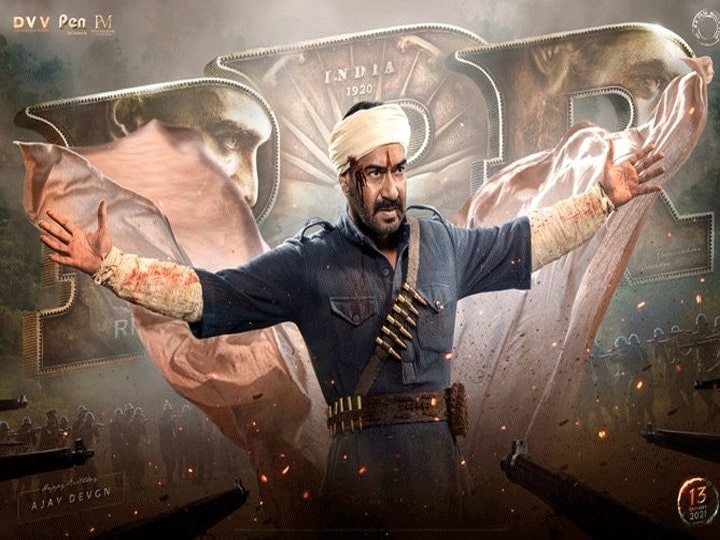 Actor Ajay Devgan is celebrating his birthday today and on this special day, the famous director of South, SS Rajamouli has given a tremendous gift to the actor. He has revealed the actor’s first look from the film RRR. In which he is seen in a very powerful style. This look of Ajay is impressing fans a lot. Earlier the motion poster was released in the morning and now the poster has been released revealing the first look of Ajay Devgan.

There will be an entry in the film

For the past few years, Ajay Devgan pays special attention to his entry in films. Whether it is Singham or Tanhaji, something similar is going to happen this time too. There will also be Ajay Devgan’s Dhansu entry in the RRR, on which there is going to be a lot of applause again. Today Ajay Devgan himself has shared a 1 minute video, in which perhaps the scene of his entry in the film has been revealed and the way this scene has been filmed is really compelling. People are also bound by suspense while watching this video.

The trailer is eagerly waiting

After the release of the video and poster of this film, now fans are eagerly waiting for its trailer. However, there is still some time left in the trailer release as the film is to be released on Dussehra this year. So the trailer of the film will be launched shortly before the release date and till then the fans will have to keep their curiosity under control. The film will also feature Ram Charan and Alia Bhatt, whose looks have also been revealed. Ramcharan’s character in the film will be named Alluri Sita Ramaraju and Alia Bhatt will be Sita. Apart from the South Language, the film will also be released in Hindi.