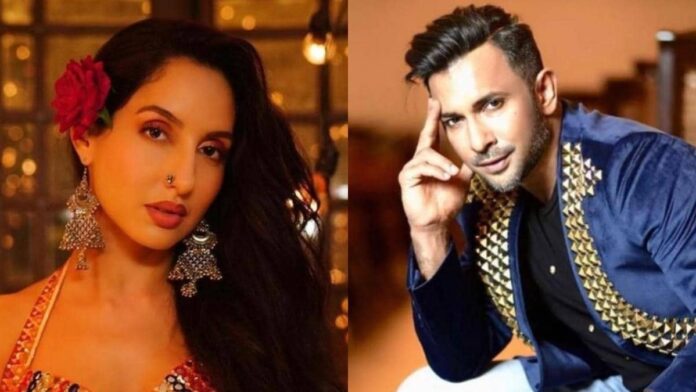 A video of reality show India’s Best Dancer judge and choreographer Terrence Lewis and actress Nora Fatehi was becoming viral on social media a few days ago. In this video, Terence was seen touching Nora in the back. Terence was trolled after that video went viral. Many social media users also heard him outrightly.

Now Terence has openly given his reaction to that video. Terence says that he respects Nora very much. They are not 17-year-old children who do such acts; they are 45-year-old men. Talking to Bollywood Life, Terence said, ‘To be honest, when I first saw this video, I was not upset at all. Any sensible person will tell by looking at that video that it was an edited video, Umesan special effects were inserted.

He further said, ‘In today’s time, memes are being made on top of every celebrity. This is the work of mischievous mimers, but I do not mind. However, within four-five hours of the arrival of this video, I started trolling on social media. A lot of negative comments were being made for me. I have 1.5 million followers who are very intelligent. I have seen the positive side of social media. The language people were using for me at that time was very derogatory. My fans started fighting with trolls in my support. That’s why I decided to share the post with Zen Master.

Terence Lewis R. Nora Fatehi’s chemistry was well-liked on the stage of India’s Best Dancer. Both of them did a dance on the song in Bhigi Bhigi Raat, which was liked by all. Keeping this dance number in mind, Terence said on the controversy, ‘Why would I do such a thing after 2 weeks of shooting a very intimate sequence with them? Luckily I have received enough attention and love from women in my life. I respect Nora Fatehi a lot. Such things can seduce a 17-year-old boy. I am 45 years old.

Talking about Nora, Terence Lewis said, ‘There are very few people who introduce themselves as dancers. But Nora calls herself a dancer. This is a big deal. Dancing is an art. It is very difficult to be a good dancer. We spend many years to improve our art. I agree with that thinking of Nora Fatehi.

I keep my sexual desires away from work

Terence says that he keeps his sexual desires away from his work. He said, ‘The first thing my upbringing has not happened. I am a guru The parents of the children send them to me because they believe in me. I will do nothing to break that trust. And I have been a personal trainer of many actresses. Leave a bad touch, a woman even recognizes a bad eye. Contemporary dance requires intemacy. If my intentions were like this, I could never achieve any success.