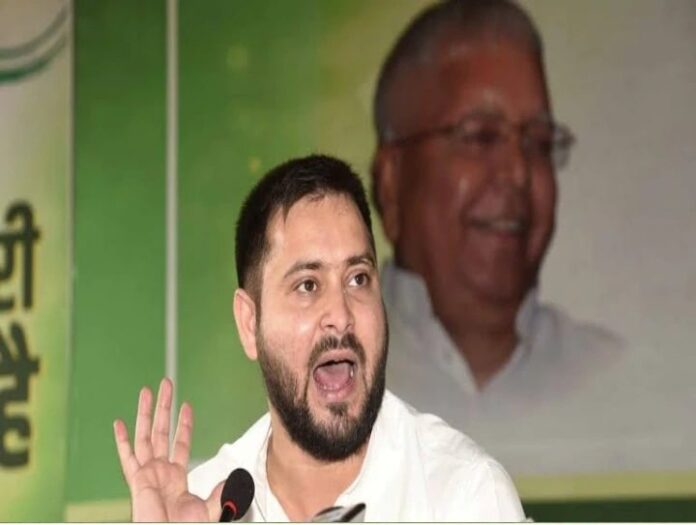 Patna: The police has raised the famous Rupesh murder case of Bihar. After investigating the matter, the Patna police said that Rupesh Singh was murdered in a road rage incident. However, the opposition is not digesting such a minor reason for the murder and he is constantly questioning the police investigation. In the same sequence, the Leader of the province has also targeted the police and the head of the state, Nitish Kumar.

Tejaswi said this by tweeting

Tejashwi tweeted that in the Rupesh murder case, I had said 15 days before today, Nitish Kumar ji is searching for a goat to save his nose hair and the star of his eyes. Today the Bihar Police has found the goat. Believe it, such a story will not be found even in C-grade clichéd movies. You must hear the story of the police.

Was murdered in road rage

It is known that while disclosing the massacre on Wednesday, Patna SSP Upendra Sharma told that IndiGo manager Rupesh Singh was killed in the road rage. A total of four criminals are involved in the murder. At present, the police has arrested a criminal. While three criminals are still out of police custody. The culprits came riding on two bikes and shot six to Rupesh.

Bike thief is a criminal

SSP said that the arrested criminal is Rituraj, a resident of Adarsh ​​Nagar, Patna, whose father has a brick kiln in Naubatpur. Rituraj is a bike thief and steals expensive bikes. At present, the police have recovered four bullets from Rituraj, four different newspapers of January 13, a cloth, bag, stolen Apache bike worn while committing the murder.