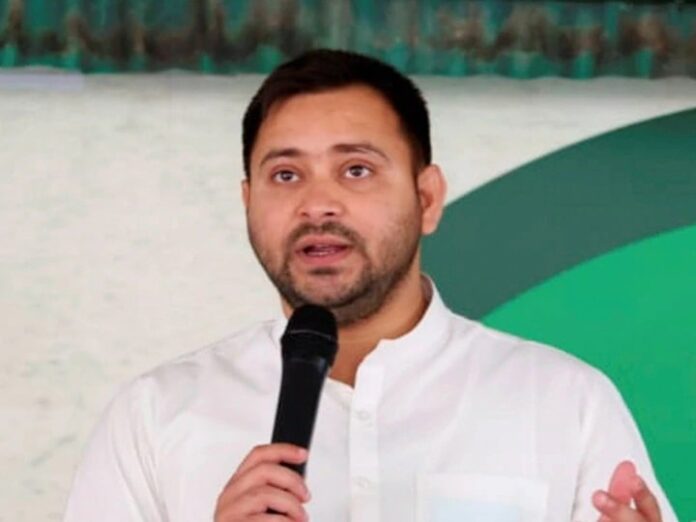 Patna: Tejashwi, who has been taking care of RJD supremo Lalu Yadav for the past few days, has returned from Delhi to Patna on Thursday. On returning to Bihar, the Leader of Opposition has made a big statement about the Delhi violence. He said that the whole country knows who hoisted the flag at the Red Fort and with whom it belongs.

He said that farmers have been agitating against agriculture law for a long time. During this time, he has also held several meetings with the government, but there is no solution for this. In such a situation, it is clear that the Center wants to impose this law on farmers. He also said that more than a hundred farmers have been martyred during the movement.

Giving advice to the central government, he said that when farmers do not want the law to be in force, the government should take it back. This law should not be enforced. Explain that in support of the farmers movement in Bihar, the RJD has announced a human chain on the occasion of Martyr’s Day. Preparations are also being done by the party for this. However, after the Delhi violence, BJP Rajya Sabha MP and former Deputy Chief Minister of the state Sushil Modi has demanded RJD to cancel the program.

Tejashwi Yadav said about the health of Lalu Yadav

Chief selector of Sri Lanka resigns after defeat to England