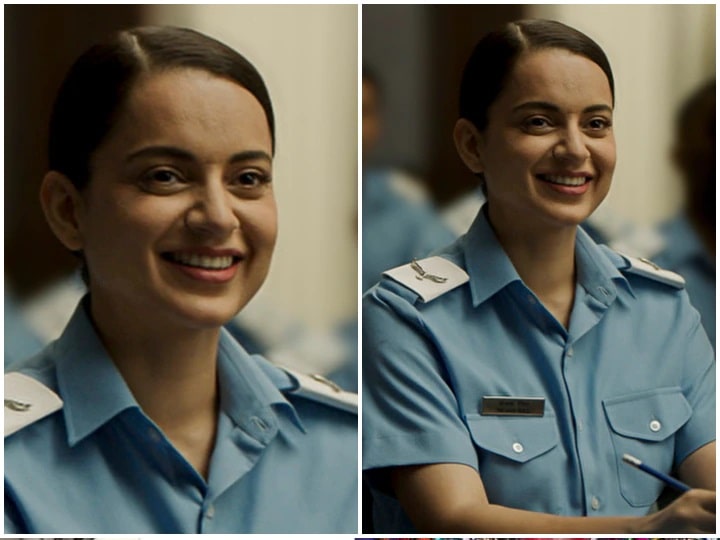 Today is Kangana Ranaut’s birthday and the first look of her film Tejas has been released on this special occasion. Kangana plays the role of Air Force Officer in this film. The first glimpse of his character has been released today.

In the picture which has come out, Kangana is in Airforce dress, sitting and smiling. RSVP Movies has released this picture and wished Kangna a very happy birthday.

Let me tell you that Kangana started shooting of this film a few days ago. This shooting is happening in Rajasthan. The team of ‘Tejas’ completed their Delhi schedule before leaving for Rajasthan.

Just to wear the uniform is not enough, it’s important to live through their struggles and hardships to know what it takes to have muscles of iron and nerves of steel #Faujilife #Tejas
Training to be worthy of the uniform. Jai Hind @sarveshmewara1 @RSVPMovies @nonabains pic.twitter.com/fBH6c9b2TU

Let me tell you that the film is being directed by Sarvesh Mewada, who is making his directorial debut with this film.

Today, on the special occasion of the birthday, the trailer of Kangana’s film Thalaivi has also been launched, which is being liked a lot. This film will be released on 23 April.

Prior to this, Kangana has also completed the shooting of her action thriller film Dhakad. The actress has claimed that she will be seen doing action like Hollywood movies in it. Kangana has stepped into direction in addition to acting. Kangana is also going to make a film on Ayodhya. He announced this a few days ago.